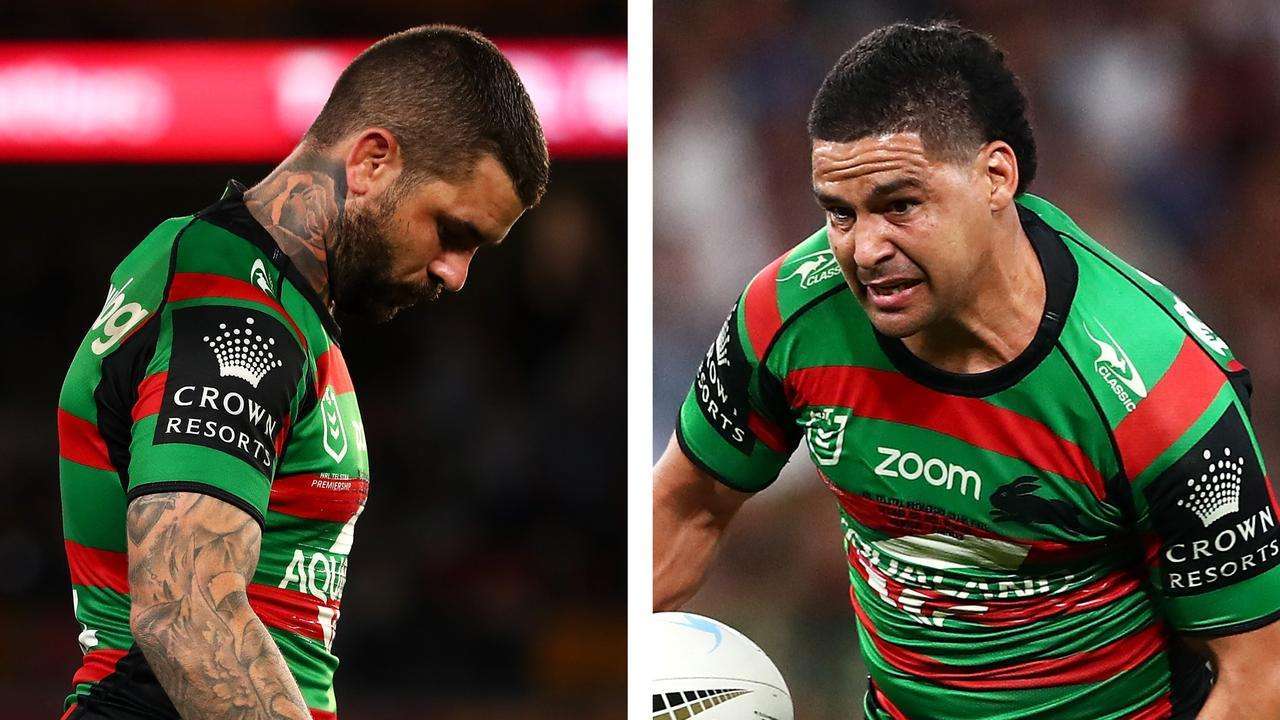 Paul Kent believes “there might be more” to the Rabbitohs’ decision to let skipper Adam Reynolds go — and it comes off the back of the club making a huge contract call on Cody Walker.

Reynolds played his final game for the Bunnies in last Sunday’s Grand Final and will head to the Broncos on a three-year deal.

The 31-year-old local junior didn’t want to leave South Sydney — the club he’s played all of his 231 NRL games with — but he was after a three-year extension, which is something the Rabbitohs couldn’t offer.

South Sydney knocked back Reynolds’ request and were only willing to table a one-year, or maximum a two-year deal because of concerns about his age.

However, Rabbitohs CEO Blake Solly revealed to The Daily Telegraph that the club wants to keep Walker “for as long as he wants to keep playing.”

This is despite Walker actually being six months older than Reynolds.

“We will sat down with Cody and sort of map out what he wants,” Solly said.

“In some ways we will be guided by Cody, his expectations, and desire.”

“The short answer is we want Cody here for as long as he wants to keep playing.

“And beyond that we see him as not only a wonderful footballer on the field but a really smart football brain off it.

“There is no doubt there is a coach in the making in there as well when he decides to retire and we want him here for as long as we can keep him here.”

SUPERSTAR: Cleary is just 23. We are watching the career of an all-time great unfold

‘DESPERATION’: Panthers were the great entertainers. But defence won the title

Kent said the club’s call on Walker is “not really consistent” with their brutal stance on Reynolds and believes it’s a bad move given the duo have had their best-ever season, while playing alongside each other.

“The concern for me is that it’s only emerged today that they’re going to open talks to re-sign Cody Walker on a three-year deal,” Kent told NRL 360.

“They see him as a part of the future, he’s the same age as Adam Reynolds, yet they were telling (Reynolds) that the justification for not offering a three-year deal was that he was too old.

“The fact is the pair of them together, they’re like Alfie (Langer) and Kevvie (Walters).

“Their understanding of each other has grown each season to the point where both of them this year had their best seasons … and yet now it’s going to be busted up.

“I think it’s terribly sad and it’s not really consistent, I tend to think there might be more to it.”

Solly did tell The Daily Telegraph that the Rabbitohs’ would have loved to keep Reynolds but just couldn’t honour his three-year request. That doesn’t really match-up with the club’s view of keeping Walker for as long as he keeps playing.

“We would have liked to have kept Adam forever as well but Adam craved that longer term security which was absolutely fair in terms of what he wanted,” Solly said.

Phil Rothfield questioned who it was that made the call on Reynolds and believes it’s a “really sad” story that the guy who grew up a stone’s throw away from Redfern Oval has been forced to move on.

Get all the latest NRL news, highlights and analysis delivered straight to your inbox with Fox Sports Sportmail. Sign up now!!!

“We do know Wayne Bennett didn’t make this decision so who was it? Was it (CEO) Blake Solly? Was it (head of football) Mark Ellison? Was it (2022 coach) Jason Demetriou? It’s not right,” he told NRL 360.

“To see him after the game last night, not just losing a grand final, but understanding that it’s all over. I think it’s a really, really sad rugby league story that he’s basically been forced out to feed his family for the next three years.”