As British Columbia marks another tragic milestone in overdose deaths, pressure is growing on the federal government to decriminalize personal possession of drugs, including opioids.

The province announced a record number of people in B.C. have died so far this year from overdoses — 201 in October alone.

“Simply put, we are failing,” said B.C.’s chief coroner Lisa Lapointe. She’s been echoing calls from officials in Toronto and MPs from across the country and across party lines to start treating addiction to drugs like fentanyl as an urgent health problem, rather than a criminal offence.

B.C., Vancouver and Toronto are formally asking the federal government to exempt them from the law in order to permit decriminalization of small-scale possession. They’re wording it more as a demand than a plea.

Toronto Mayor John Tory joins Power & Politics to discuss the Toronto Board of Health voting in favour of decriminalizing the possession of small amounts of illegal drugs. 1:44

“The status quo is not working,” said Toronto Mayor John Tory. “And in cities all across this country, literally hundreds of people are dying, often alone and in alleys where they shouldn’t be.

“And they haven’t (got) a legal problem, not a moral problem. They have a health problem.”

Decriminalization of so-called hard drugs is an official policy of the Liberal Party, endorsed back in 2018 at its convention in Halifax.

“On that particular issue, as I’ve said, it’s not part of our plans,” Trudeau told reporters back then.

It now appears the federal government’s reluctance is waning.

“We are looking at these proposals very, very seriously,” said Carolyn Bennett, the first ever federal minister of mental health and addictions.

In an interview airing this weekend on CBC’s The House, Bennett spoke about how her father, a police officer, lived through the Prohibition era in Canada after the First World War, and how that experience shapes her own thinking. 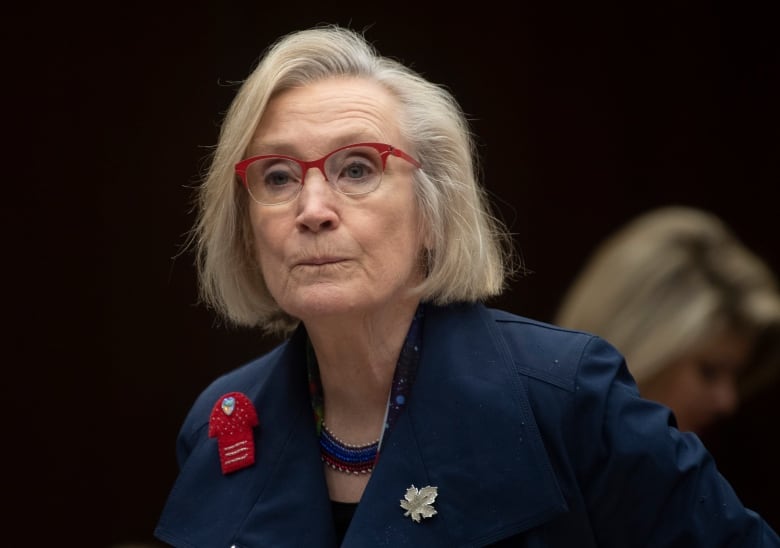 “And I think until the day he died at 93, he felt Prohibition never worked and that this was a health problem,” she said.

“I think we’ve come through generations of thinking about how the criminal justice system is being used for what is a health problem.”

Still, Bennett — who is a medical doctor — isn’t setting a timeline for a decision because she said she believes decriminalization alone isn’t the answer to the opioid epidemic.

Other options are also being considered, she said — including the idea of establishing a safe supply of opioids to give addicts an alternative to the increasingly toxic fentanyl now on the streets. The federal government is also looking at setting up more safe injection sites and making counselling more available.

“There have been other proposals of a more collective approach to getting safe supply to the people using drugs. This is about dignity and saving lives, and we are prepared to really examine all of these innovative approaches,” she told The House.

16:31Is it time to decriminalize drugs?

‘No barriers’ to decriminalization: B.C. minister

Just a few weeks into her new job, Bennett went to Vancouver to tour with her provincial counterpart Sheila Malcolmson the downtown east side area that’s become a symbol of the lives destroyed by fentanyl addiction.

“I feel she shares our government’s feeling of urgency,” Malcolmson told reporters this week. “And so far, no barriers have been identified by Health Canada staff to a speedy processing and approval of our decriminalization.” 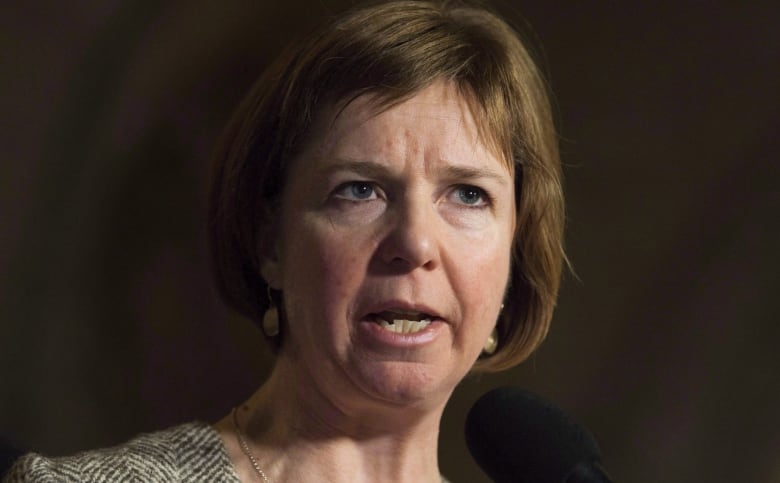 Decriminalization is also supported by many experts.

Don MacPherson is executive director of the Canadian Drug Policy Coalition at Simon Fraser University. He was part of a task force appointed by previous federal health minister Patty Hajdu to advise her on drug policy. He said charging people with simple possession, and seizing their drugs, makes no sense.

“There’s mountains of evidence that show it’s a bad thing. It’s harmful, it hurts people and there is not really an upside to it,” he told The House.

“So the task force … came fairly quickly to the conclusion that the federal government should immediately start work on putting forward a plan to decriminalize simple possession of drugs across the board.”

The task force submitted its report just before the election and has since followed up with Bennett and the new Minister of Health Jean-Yves Duclos. MacPherson said they have yet to hear anything back.

Decriminalization is also on the minds of many MPs.

Yukon MP Brendan Hanley — who was the territory’s medical officer of health before running for the Liberals this year — rose in the Commons Monday to acknowledge that Yukon had Canada’s highest rate of opioid deaths.

“Safe supply, supervised consumption, better access to treatment, effective prevention and decriminalization are all approaches that can help prevent more deaths,” he said.

Green Party MP Mike Morrice was on his feet a day earlier, after front line workers in his riding of Waterloo responded to 42 suspected overdoses in just three days.

“So far this year, we have lost 120 community members to a poisoned drug supply. Each one was a preventable death,” he told the Commons.

“Even the Canadian Association of Chiefs of Police [has] joined calls to decriminalize simple possession of illicit drugs. They have recommended removing mandatory criminal sanctions, replacing them with harm reduction and treatment services. When will the government move forward with decriminalization and save lives?”

Bennett said there are other factors to consider.

“Decriminalization on its own, with a toxic drug supply, will not save the lives that we need (to),” she told The House.

“And so it means that we actually have to examine the other proposals that are coming around about how we make sure that, for people using drugs, that there is a safer supply.”