Gus the cat is best known for entering a dog swimming race on Sydney’s Northern Beaches.

But this year the famous feline has been scratched by his owner Glenn Druery amid fears locals could get catty.

Glenn Druery and Gus the cat. (A Current Affair)

Gus is no ordinary cat. The Tonkinese loves swimming with his owner and political strategist Druery.

“I did a lot of research. I wanted a cat that was dog-like and a cat that liked water,” Druery said.

“And funny enough, I’m allergic to cats and these Tonkinese cats are quite hypoallergenic and I’m not allergic to this guy. 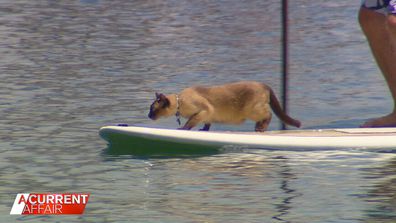 Gus the cat stand up paddleboarding. (A Current Affair)

READ MORE: Aussie mum claims she makes $150k a year through side hustles﻿

“He’s been swimming since he was about 11 weeks old. It’s not a problem.

“He swims with me, he kayaks with me – stand up paddleboards.

“We treat him like he’s part of our lifestyle.” 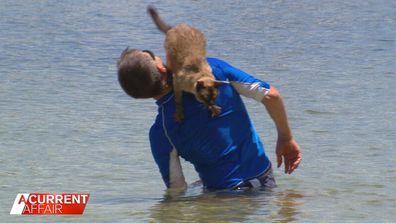 Glenn Druery with Gus the cat. (A Current Affair)

READ MORE: Family is tracked down and reunited with missing World War I medals﻿

So in 2019, Druery decided to enter Gus into the Scotland Island Dog Race.

Every Christmas Eve, for almost 50 years, dogs paddle with their owners across a 550-metre stretch of water between the island and Church Point, in Sydney’s north.

“For a bit of a laugh we entered Gus in the race and low and behold he came first in his category,” Druery said. 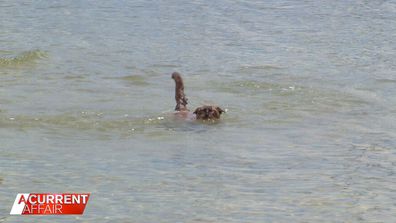 “He did beat some of the dogs though, but most importantly it was a fun, really nice day.”

Every man and his dog flocked to see Gus swim, but not everyone was happy about it. 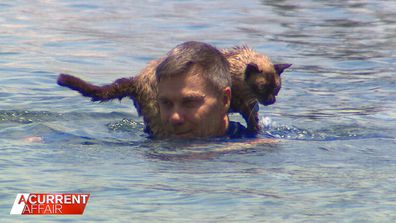 Gus the cat and his owner Glenn Druery, swimming. (A Current Affair) 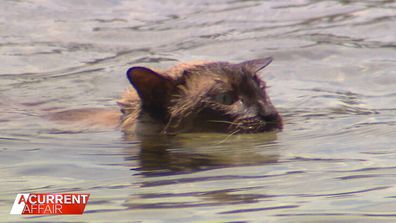 READ MORE: Resident and business owner at loggerheads over trolleys dumped around neighbourhood﻿

“One of these local parochial yobbos said he was going to shoot the cat and beat me up if he ever saw us again.

“Another woman gestures this (slit throat) and pointed to the cat.

“I work in politics and I get that sort of nonsense all the time and I can deal with that, but they threaten(ed) my cat, for God’s sake.” 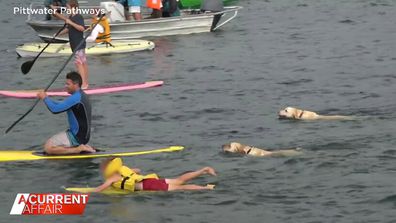 But locals Louise and Vinnie – who are not the people said to be threatening the cat – think Druery and Gus are asking for trouble.

“He’s (Druery) not even a local, the guy who said all that crap,” Louise said.

“He doesn’t live here, I don’t understand it. He obviously just wanted the publicity.”

When asked if locals would do anything to harm the cat, following the threats Louise said she doesn’t believe anyone local would “kill someone’s cat”. 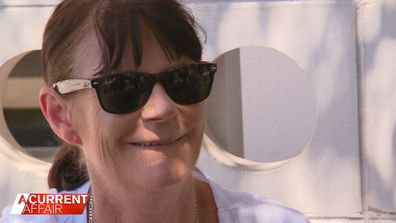 “They might have wanted to choke him (Druery), but not the cat.”

Vinnie said the race started “as an island thing”.

“Then you get idiots bringing cats down. It’s just like you’re taking the piss,” Vinnie said. 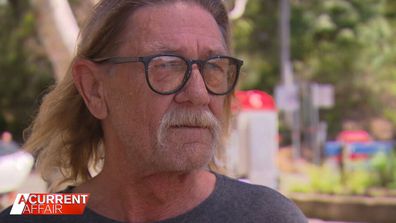 Vinnie is a Sydney Northern Beaches local. (A Current Affair)

“It’s like taking a knife to a gun fight. It’s just not gonna work.”

“What are you bringing a cat for mate?”

Druery scratched Gus from the race this year. 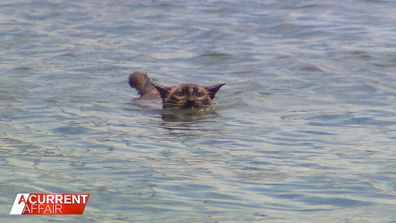 Gus the cat can swim. (A Current Affair)

“But it’s not just me and his safety is first.”

But the dynamic duo hasn’t ruled out a comeback.