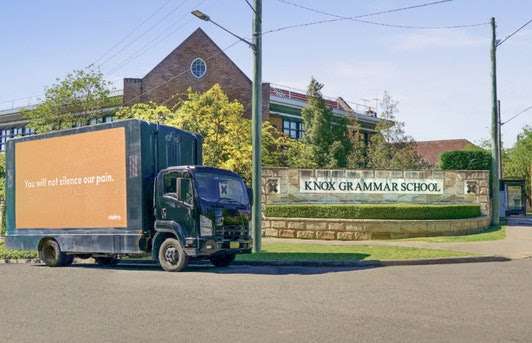 Welcome to Ignition Lane’s Weekly Wrap, where they cut through the noise to bring you their favourite insights from the technology and startup world. Ignition Lane works with ambitious business leaders to apply the Startup Mindset to their technology, product and commercialisation problems.

This wrap goes out free to subscribers every Saturday. Don’t forget you can catch Gavin Appel discussing the week on the Startup Daily show on Ausbiz every Monday at 2pm. If you miss it, you can catch up on the week’s shows here.

Here’s their review of the week.

By our unofficial count September smashed all records for startups raising capital in Australia.

And this is just the start of the money flow. It seems a new VC fund or tech-focussed PE fund is launched every day. Just this week:

Black Nova came out of stealth mode, announcing plans to raise $20m for its inaugural fund, targeting founders as investors.

The big cats are hunting too. Tiger Global announced it wants Aussie investors for its new US$10bn fund. Australian investors jumping into bed with Tiger is not new. However it is unusual and bold for the fund to publicly prowl for local investors.

Morris says Glow was born as a result of her own frustrating experience as a woman founder trying to raise capital. New data out of TechBoard this week found that companies founded solely by women secured 12.1% of all VC deals (by number), representing just 4% of all funding (by amount) from FY18-FY21. By comparison all-male founding teams raised 76.3% of total funding (by amount).

Square Peg announced it paid out $650m to investors on the back of 10 exits, including Vend, Fiverr, UHG, Puresec and Shipping Easy. It was also revealed OneVentures realised returns of $125m, and Rampersand returned 150% from its first fund. We’d expect much of that to be reinvested back into the ecosystem, too.

Competition is certainly heating up, and that’s excellent news for startups wanting to go down the funding route.

The Iconic, recycled. Circular wardrobe startup, AirRobe, made waves this week partnering with fashion behemoth, The Iconic. The partnership will see the first major online retailer in ANZ offer customers a simple and seamless way to recycle clothes. The Iconic’s COO acknowledged it was “one step toward addressing industry-wide sustainability challenges.” With the recent rise of global circular marketplaces like Depop, it’s a clever commercial partnership, too. All roads lead to sustainability.

In the bag. Slinger Bag acquired Gameface.AI for more than $32m. Gameface’s software is used by sports teams to scout for talent and analyse player performance. US-based Slinger Bag is known for its portable tennis ball launcher. The two companies have been collaborating on a new app for Slinger that provides instant analysis of tennis match play.

Bittersweet farewell. Food waste startup Bring Me Home is closing its doors. Founder Jane Kou posted a farewell full of grace and humility on LinkedIn. We learn more from failure than success, so we have a feeling (and hope) this won’t be the last we see of Kou.

Ovira’s brilliant PR play. Period relief tech company, Ovira, flip the bird at the NSW District Court’s decision to quash charges laid against an ex-Knox Grammar student for assaulting a woman, with billboards placed outside Knox that say “you will not silence our pain.” A brilliant lesson in brand awareness in today’s world: gain huge PR exposure by taking a stand against an issue your customers care deeply about.

AirRobe, Gameface, Bring Me Home and Ovira are all Startmate alumni, which reminds us – Demo Day is this Thursday. Register here.

Grant alert. Applications for the Telematics Trust 2021 Grant close on Friday 8 Oct. The trust funds projects that educate and empower people from diverse backgrounds to learn new things and build their capacity to contribute to society.

PE giant KKR is taking a majority stake in Probe CX, which operates outsourced contact centres and customer experience tech. The price tag for Probe, which reportedly will make more than $100m EBITDA this year, is said to be over $1bn.

Joyous raised NZ$15m for its software that enables conversations between employees and management.

Immutable raised US$12.5m in under an hour through its token sale. Immutable X wants its IMX token to be Ethereum’s “Stripe for NFTs,” offering carbon neutral NFT minting and instantaneous trading.

Confused? Check out Crypto 101 by AirTree.

Wattwatchers raised $5.3m for its products that help households and businesses to be energy efficient and maximise renewable energy.

Coverpay raised $2.5m. The BNPL for general insurance will launch next month.

ULUU raised $1.3m to commercialise a plastic replacement made out of seaweed.

Psylo raised $1.1m led by Chris Hitchen’s micro-VC Possible Ventures. The startup is is aiming to develop and commercialise psilocybin (the active ingredient magic mushrooms) as a treatment for severe mental illness. Loads of money pouring into this space globally.

Greener raised $1m. Greener gives consumers personalised recommendations to use more sustainable businesses. It will use fees charged to those green businesses to make the consumer’s purchase carbon-neutral.

Cranel closed a $1m seed round. The women’s health startup has developed sugar-free cranberry juice shots for the treatment of UTIs.

Nano Home Loans raised an undisclosed amount from the former CEOs at Westpac, the CommBank and NAB for its online lending offering. It is approving around $20m in loans per week and on track to write more than $1bn in loans in its first year.

Done deal. The $14.7bn Zoom & Five9 deal is off as a result of regulatory concerns and a drop in Zoom’s share price. Zoom CEO Eric Yuan says the failed acquisition won’t affect Zoom’s plans. Condolences to the deal team!

Changing of the VC guard. We’re seeing a generational shift within VC. In one week three well known U.S. VCs have announced plans to step back from their founding partner investing roles at:

Perhaps AirTree founding partner Daniel Petre set a trend when he stepped down earlier this year.

No Instagram for kids (for now). Head of Insta, Adam Mosseri announced that Facebook is pausing its work on the development of its Insta for kids product. Not because Instagram is “toxic for teen girls” or anything. But because they need more time to get it right.

Is Facebook really trying to do right by the kids? Or is it just looking for ways to grow its user base and share price? It seems everyone has an opinion. Meanwhile, investors are losing confidence in Facebook – its shares are trading at a lower price to earnings ratio than any other major consumer tech company.

Stripe launched 10 years ago today! Still jump out of the bed as enthusiastically as I did at the outset. (Actually somewhat more so — wasn’t really a morning person back then.)

That’s a wrap! We hope you enjoyed it.

Bex, Gavin and the team at Ignition Lane