Congratulations, Brad! The Minister for Health has a new job: Bearer of Bad News

TechCongratulations, Brad! The Minister for Health has a new job: Bearer of Bad News 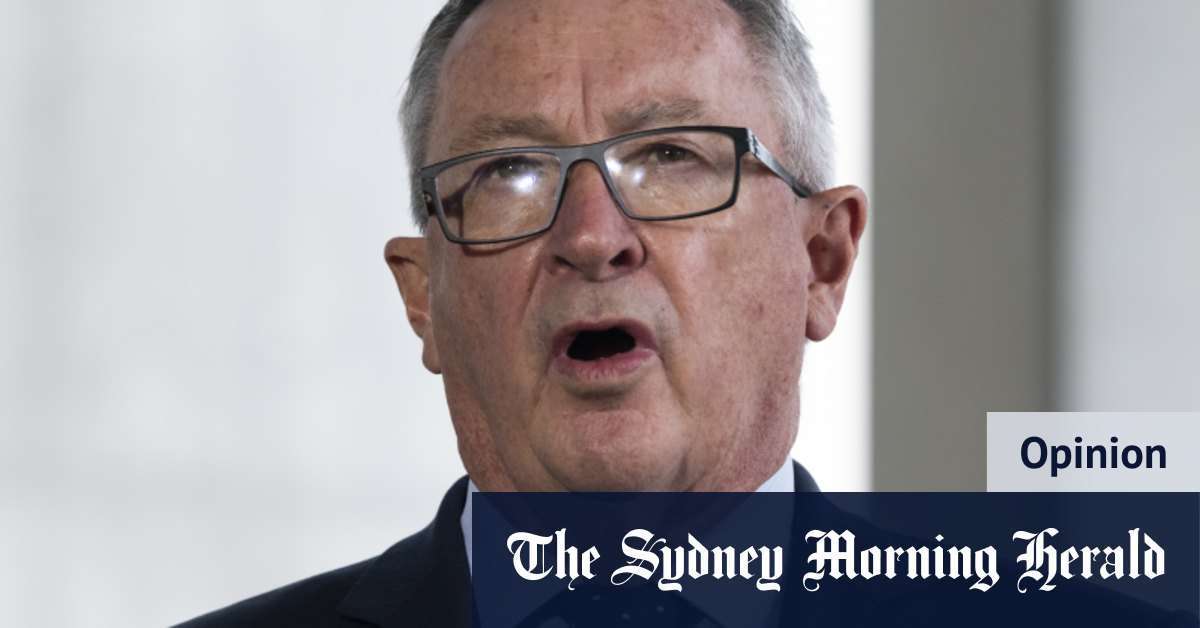 Just when we thought we’d unwrapped all the Christmas presents and there were no more scented candles to force a smile for, NSW Health Minister Brad Hazzard found one more gift at the bottom of the stocking, announcing, like a bad Oprah giveaway, that we’re “all gonna get Omicron”. It was a grim statement, the likes of which we haven’t seen since 2014 when it was announced that U2’s new album would be automatically added to everyone’s iTunes library.

As pessimistic as it sounds, though, take some comfort from the fact that a week earlier Hazzard had predicted that NSW could reach 25,000 cases a day by the end of January, and he was dead wrong about that. No, we reached that figure at the start of January.

I must have missed the announcement but Hazzard’s portfolio has seemingly expanded to Minister for Health/Bearer of Bad News. Congratulations on the promotion, Brad! The minister has clearly embraced the belief that honesty is the best policy, and he should at least be commended for that, especially considering that “honesty” and “best policy” from governments are about as hard to find as a rapid antigen test.

Speaking of which, where the bloody hell are those tests? There were more credible sightings of Santa Claus this week than there were of RATs. The Herald found some of the answers, reporting that the federal government had decided not to order tests for widespread use, instead leaving the states to bid against each other for supplies. It was another wonderful demonstration from the federal Liberal Party that it really is the party of small government or, in some cases, no government at all.

The NSW government has placed an order for 50 million rapid antigen tests, but those won’t be available for several weeks, really stretching the meaning of the word “rapid”. But while we’re playing fast and loose with the definition of “close contact”, I suppose anything goes.

That unwanted scented candle you just received may come in handy after all. If you can’t get an actual test, the next best advice is to give that candle a sniff, and if it now seems unscented, well then I’ve got some bad news for you.

Incidentally, the Prime Minister also announced “the complete abolition of the casual contact notion”, presumably meaning that QR code check-ins are now essentially redundant; devastating news for those of us whose phone notifications are just a series of longing messages from the Service NSW app containing those five special words: “Don’t forget to check out.”

Although the Prime Minister didn’t have time to order RATs (to be fair, we’re only two years into this pandemic), he fortunately did have time this week to join video-sharing app Tik Tok. He posted two videos to his account despite having previously warned Australians in 2020 that “people should know that the line connects right back to China”. Joining Tik Tok thus might seem an odd choice for the PM until you remember that embracing potentially dodgy technology is the entire basis for supporting carbon capture and storage. More alarmingly, though, with the Prime Minister now ignoring his own warnings, it surely doesn’t bode well that even he has stopped listening to himself.