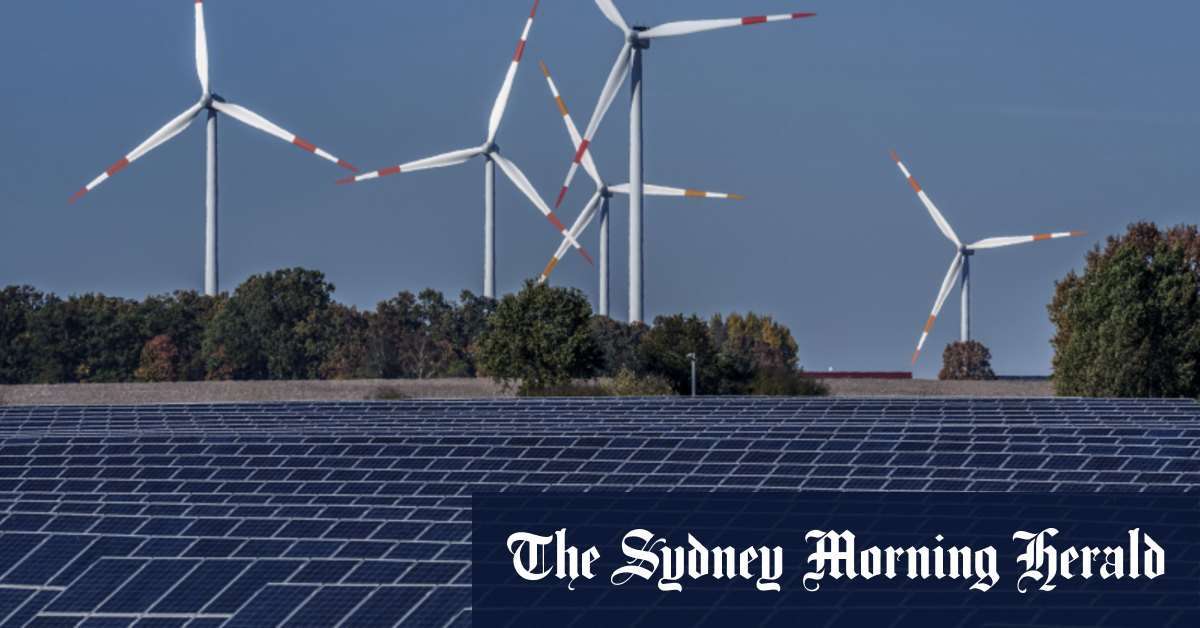 It highlighted a trend of construction delays and lack of progress on crucial transmission line projects, including HumeLink in NSW to connect the Snowy 2.0 hydropower project to the grid and VNI West in Victoria to link the state’s renewable energy zones to consumers.

Westerman said major transmission projects including HumeLine and VNI West “should progress as urgently as possible to enable electricity consumers to make shared use of existing and future generation and storage”.

In June, AEMO forecast that by 2050 wind and solar farms must grow ninefold and the amount of back-up supply for renewables must triple, while 10,000 kilometres of new power lines were needed – enough to link Sydney to Mumbai.

AEMO’s latest report said demand for electricity was growing as households and industry switched to electrical technology to reduce emissions. It forecast a shortfall in supply starting from 2025 – based on a relatively conservative threshold that considers only projects with fully committed funding.

The electricity market’s reliability standard requires at least 99.998 per cent of forecast customer demand to be met each year. Under this test, NSW is forecast to breach the standard from 2025-26, followed by Victoria in 2028-29, Queensland in 2029-30 and South Australia in 2031-32.

However, when AEMO includes so-called anticipated projects – those considered likely but which have not yet reached financial close – there are no forecast shortfalls until 2028-29.

In the past 18 months, EnergyAustralia has announced it will bring forward the closure of its Yallourn coal-fired power station in Victoria’s Latrobe Valley by four years to 2028, while Origin Energy has notified the market it will accelerate the closure of Eraring, the nation’s largest coal-fired generator, from 2032 to as early as 2025.

Coal plants are facing additional economic pressure from the high price of coal, which has been driven up by an international shortage spurred by a ban on Russia’s exports following its invasion of Ukraine.

Westerman has said the shift to renewables, if well managed, could not only help reduce power costs but protect the nation from global price shocks.

Cut through the noise of federal politics with news, views and expert analysis from Jacqueline Maley. Subscribers can sign up to our weekly Inside Politics newsletter here.