Kimberly Murray, former executive director of the Truth and Reconciliation Commission (TRC) of Canada, will lead a group tasked with overseeing and coordinating an investigation into deaths at the Mohawk Institute residential school.

Survivors of the school, along with the Six Nations of the Grand River elected council, announced Murray had been hired to head up a Survivor’s Secretariat in a media release Thursday afternoon.

“I come to this new role with humility and enormous respect for the Survivors and the sacred work ahead,” she stated, describing her work around missing children and unmarked burials with the TRC as “only the beginning.

“My commitment to the Survivors and their families is that we will not stop until we find the truth about where the children are.”

The Mohawk Institute, also known by survivors as the ‘Mush Hole,’ opened in 1828 as a day school for boys from the reserve, before accepting boarders and girls in 1834. It closed in 1970, making it one of the oldest and longest running residential schools in Canada.

Today the site is home to the Woodland Cultural Centre, which houses a museum, cultural centre and runs educational programs, including about the school’s history.

The release states that Murray served as the first assistant deputy attorney general for Ontario’s Indigenous Justice Division, pointing to her experience and knowledge of the residential school system, use of historical records and the legal landscape as a “tremendous asset.” 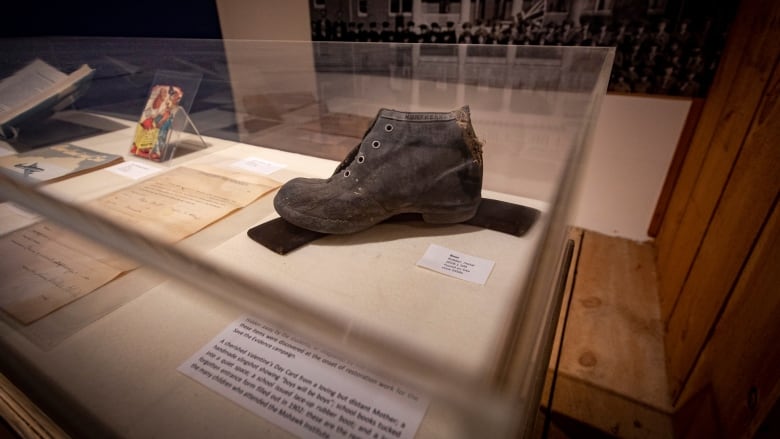 A rubber boot worn by a resident of the former Mohawk Institute Residential School, in Brantford, Ont, is pictured on Jun. 24, 2021. (Evan Mitsui/CBC)

Six Nations elected chief Mark Hill stressed the importance of the secretariat being apolitical, with the focus on survivors and the community, rather than organizing it under the elected council or any other body where politics could hinder its work.

The secretariat will be charged with coordinating the investigation, gathering statements, collecting documents and carrying out historical research, according to Six Nations.

It will also support commemorations and work with First Nations as well as the provincial and federal government.

Roberta Hill, a survivor of the institute, said it’s difficult to find words that describe how she feels about the “enormous work ahead,” adding “unthinkable things” happened there.

“I think relief and hope are a couple that I would share,” she stated in the media release. “It’s finally time for us to recover all the children that died and were left to remain unknown – it’s time for justice and accountability.”

Six Nations Police said last month that an investigation into deaths at the residential school would be launched.

Brantford police and OPP have both confirmed they’ve received requests to help with the probe. 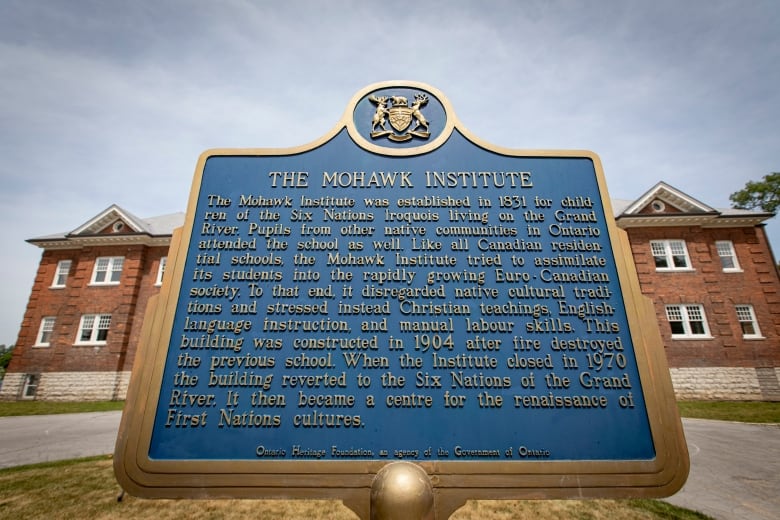 A plaque is pictured in front of the former Mohawk Institute Residential School, in Brantford, Ont., on June 24, 2021. (Evan Mitsui/CBC)

The secretariat is also in the process of setting up an Indigenous Human Rights Monitor and a Cultural Monitor to oversee the work of the joint police taskforce and ensure Indigenous legal principals and cultural protocols are respected, the release reads.

It adds that the community has been clear the process must be led by survivors.

“We are getting older and many are dying,” said Hill. “So we are relieved that the police services, coroner and forensic officers are working together in the death and criminal investigation, and that we have Kimberly here to oversee this work.”

Support is available for anyone affected by their experience at residential schools, and those who are triggered by the latest reports.

A national Indian Residential School Crisis Line has been set up to provide support for former students and those affected. People can access emotional and crisis referral services by calling the 24-hour national crisis line: 1-866-925-4419.