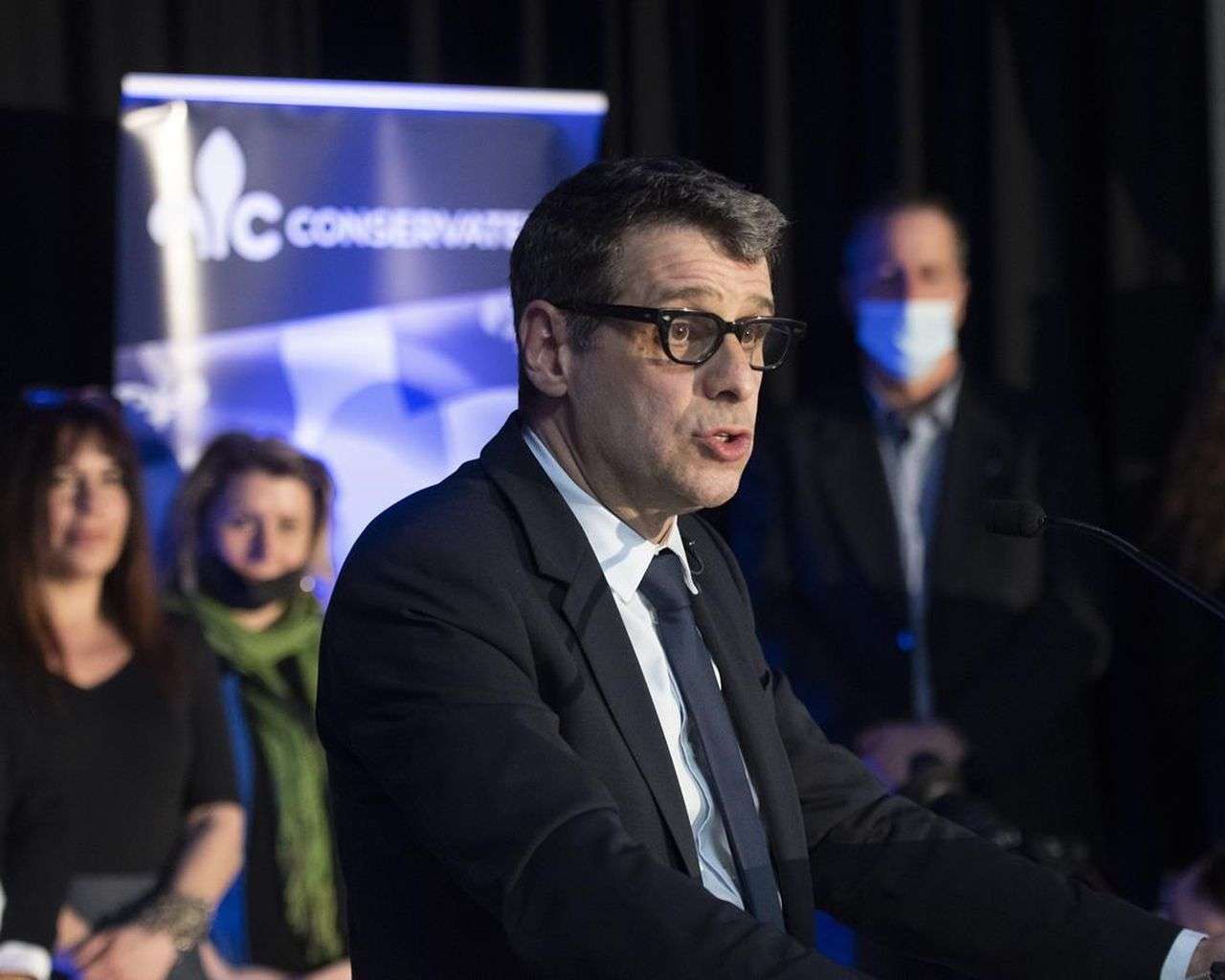 MONTREAL – As Quebec Conservative Leader Éric Duhaime arrived at a rally last Tuesday, he wore a mask, unlike most of the supporters he was greeting.

In a province where opposition parties have generally backed the government’s COVID-19 restrictions, Duhaime has built support through his opposition to lockdown measures. His party, which received less than two per cent of the vote in Quebec’s 2018 provincial election when it was led byAdrien Pouliot, is now regularly polling in second or third place.

“There’s a lot of people currently in Quebec who are upset, and I think we’re becoming the voice of those people,” Duhaime said in an interview last week. “For the last two years, with the management of the crisis, the government sacrificed a lot of people and those people have suffered a lot.”

But while Duhaime is tapping into people’s anger over pandemic restrictions, the mask he wore last week is a sign of the fine line he walks as he tries to turn his party into a genuine political force in the province ahead of an election this fall.

Christian Bourque, executive vice-president of polling firm Leger, said the Quebec Conservative Party, which has no official connection to the federal Conservatives, has become a home for people who feel that they’ve been talked down to, or dismissed as conspiracy theorists, during the pandemic.

In a Leger poll released on March 11, the Conservatives were tied with left-wing party Québec solidaire in third place, with 14 per cent of respondents saying they plan to vote for the party. The governing Coalition Avenir Québec was at 41 per cent, while the Liberals had 18 per cent.

In the Quebec City region — where the CAQ holds nine of 11 seatsand where Duhaime plans to run — the Conservatives were in second place with 23 per cent. Bourque said that puts local incumbents at risk of losing to a Conservative or seeing another party benefit from a vote split on the right.

Béland said he thinks the biggest factor in the Conservative rise is Duhaime himself. The Conservative leader is well-known in Quebec City, where he hosted a show on the popular right-wing talk radio station Radio X before entering politics.

The other main factor is the pandemic, which has boosted the fortunes of populist parties like the Quebec Conservatives and Maxime Bernier’s People’s Party of Canada, Béland said.

“Duhaime is located to the right of the CAQ and he’s trying to lure a number of different constituencies — some people who don’t vote normally because they are dissatisfied with the political process, but also people who voted for the CAQ last time around and are not happy with the fact that the party is maybe more moderate than they expected in power,” Béland said in a recent interview.

Duhaime brushes off comparisons to the more strident Bernier, who joined the Freedom Convoy protesters in Ottawa in February. Duhaime said he doesn’t endorse any federal party.

“I’m doubly vaccinated, I’m not against the vaccine, I’ve never participated in the protests,” Duhaime said. “But at the same time, I have to say that I’m in favour of freedom of choice. It’s not the government’s role to tell you what to inject, or not, in your body.”

He said he believes the government’s approach to the COVID-19 pandemic should have been based around informing people, not coercive measures. “When you want to violate liberties, civic rights and democracy, you have the responsibility to prove that the measures that you’re imposing are, without any doubt, necessary,” he said.

In June, his party gained its first member of the legislature, Claire Samson, who was ejected from the Coalition Avenir Québec caucus after she donated to the provincial Conservatives.

Duhaime, who is openly gay, said his party differs from other Canadian conservative parties because there are no social conservatives in his movement.

His party believes the Quebec government has a responsibility to promote the French language, but he opposes the current government’s language law reform, because it invokes the notwithstanding clause to protect it from court challenges.

But Duhaime said he supports Quebec’s Bill 21, the secularism law adopted in 2019 that bans certain government employees, including teachers and police officers, from wearing religious symbols on the job. Even though that bill also invoked the notwithstanding clause, Duhaime said he doesn’t want to reopen a divisive debate and go against the opinions of the majority of Quebecers.

He said his time working as a gay man in Iraq and Morocco reinforced his belief in secularism. “I understand the fear, and I understand that when people are wearing their religious symbols, it could have a certain impact on the neutrality of the state towards you,” he said.

This report by The Canadian Press was first published April 10, 2022.

Anyone can read Conversations, but to contribute, you should be registered Torstar account holder. If you do not yet have a Torstar account, you can create one now (it is free)

Conversations are opinions of our readers and are subject to the Code of Conduct. The Star does not endorse these opinions.