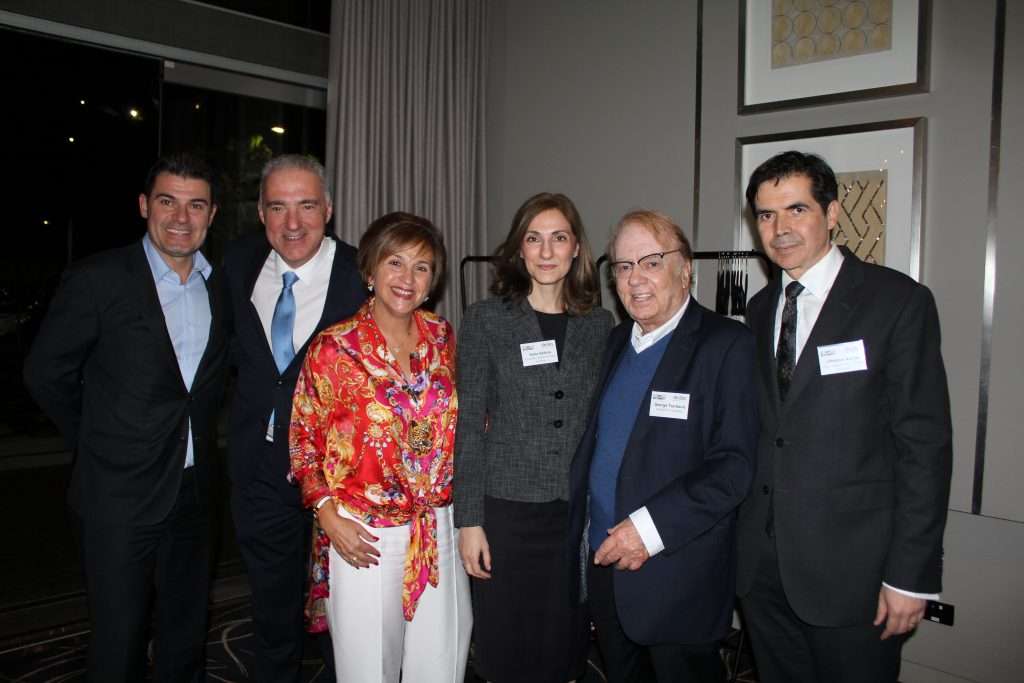 The Greek Consul General of Greece in Sydney, Christos Karras, and the Trade Commissioner of Greece in Australia, Katia Gkikiza, were fondly farewelled on Wednesday night.

Mr Karras and Ms Gkikiza will be returning to Athens, Greece on Friday, September 30 after five years of service to the Greek community of Australia and specifically, Sydney.

The Greek Consul General of Greece in Sydney, Christos Karras, and the Trade Commissioner of Greece in Australia, Katia Gkikiza.

As a thank you for their hard work during their official tenure, an intimate reception was held for Mr Karras and Ms Gkikiza at Con and Kerrie Dedes’ View by Sydney restaurant in Walsh Bay.

The reception was attended by a number of VIP guests including His Grace Bishop Iakovos of Militoupolis representing Archbishop Makarios of Australia; the Deputy High Commissioner for the Republic of Cyprus in Australia, Stavros Nicolaou; the NSW Minister for Multiculturalism representing the NSW Premier Dominic Perrottet, Mark Coure MP; the Mayor of Waverley City Council, Paula Masselos; Randwick City Councillor Alexandra Luxford; the Chief Commissioner of the New South Wales Independent Commission Against Corruption, John Hatzistergos; and a number of Presidents and representatives from Sydney’s Greek community organisations. 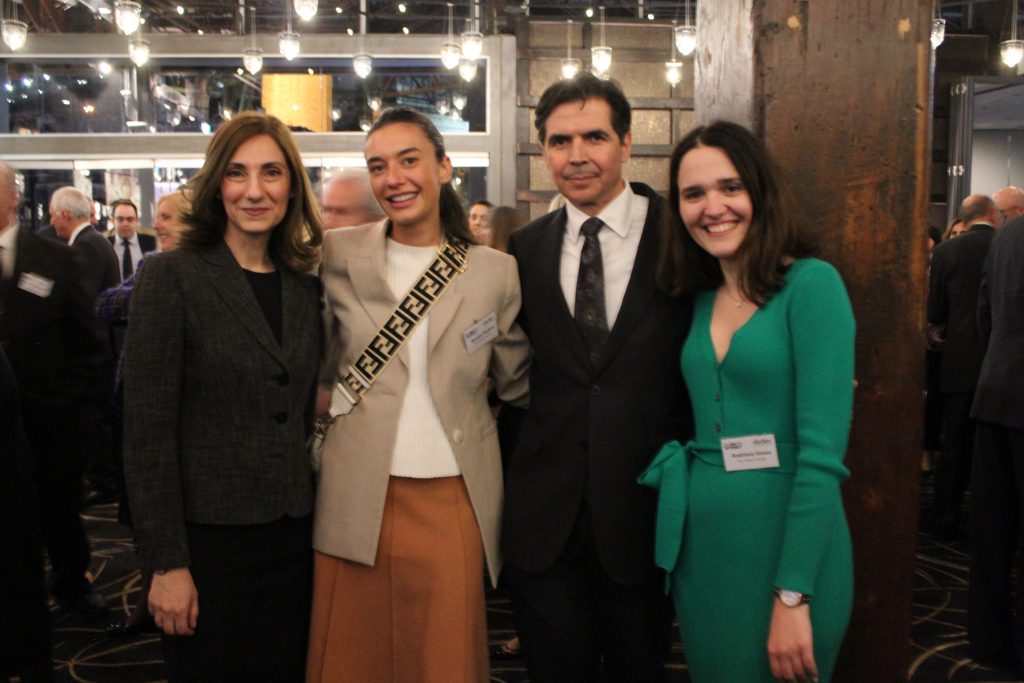 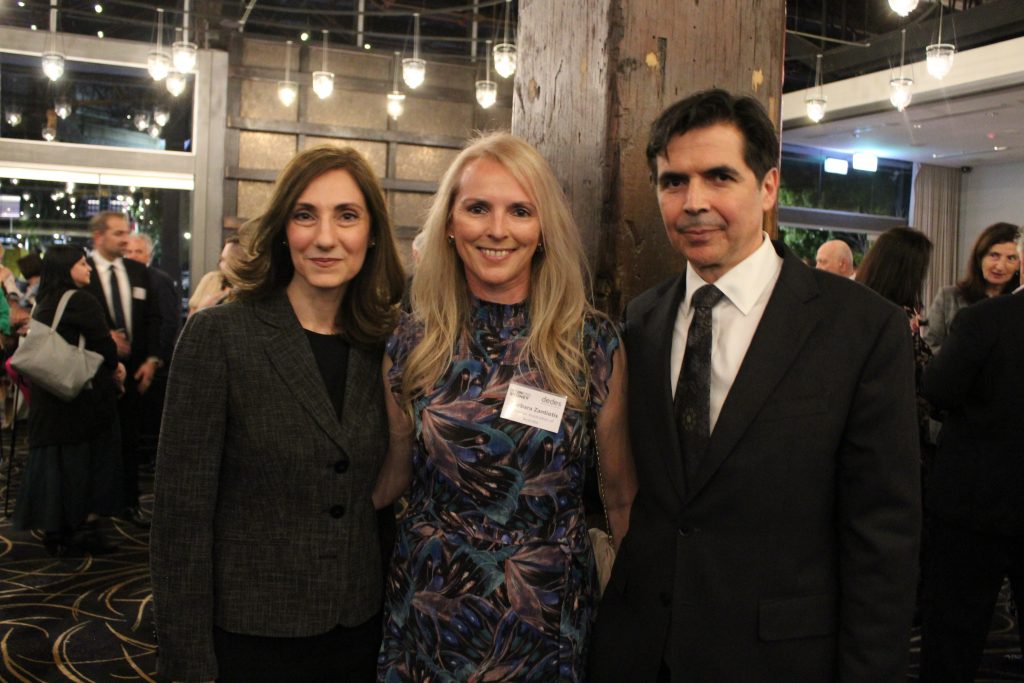 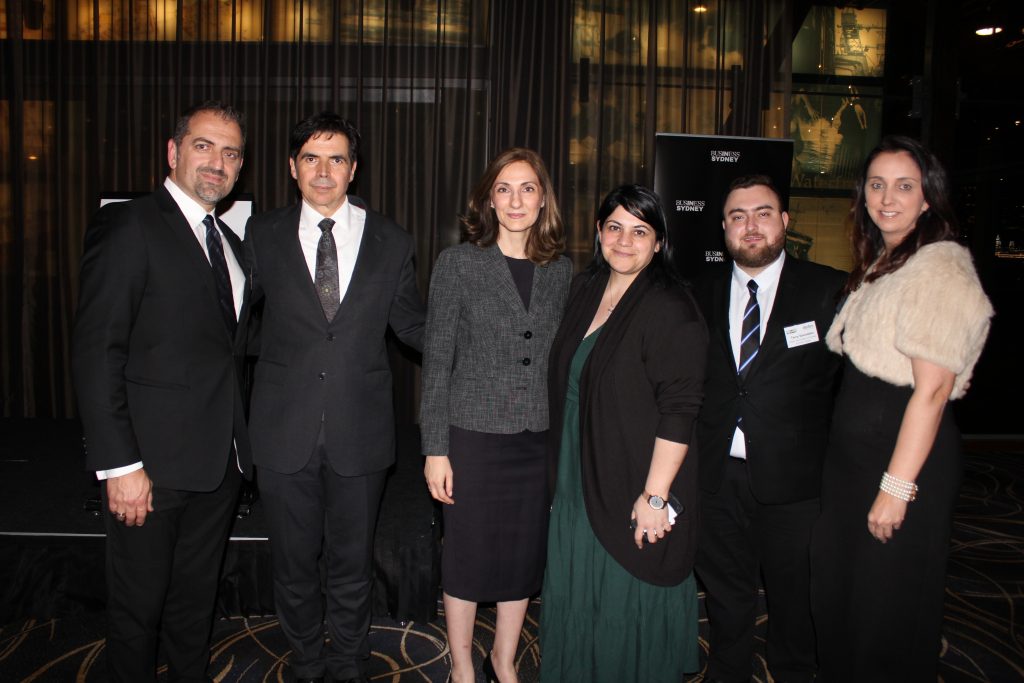 On the night, all the guests enjoyed hors d’oeuvre as the Executive Director of Business Sydney, Paul Nicolaou, introduced Bishop Iakovos, Mr Coure, Mr Karras and Ms Gkikiza to the stage to give small speeches.

Bishop Iakovos spoke first about how Mr Karras was recently awarded the Silver Cross of St Andrew the Apostle by Archbishop Makarios of Australia in recognition of his contribution to the local Greek community. 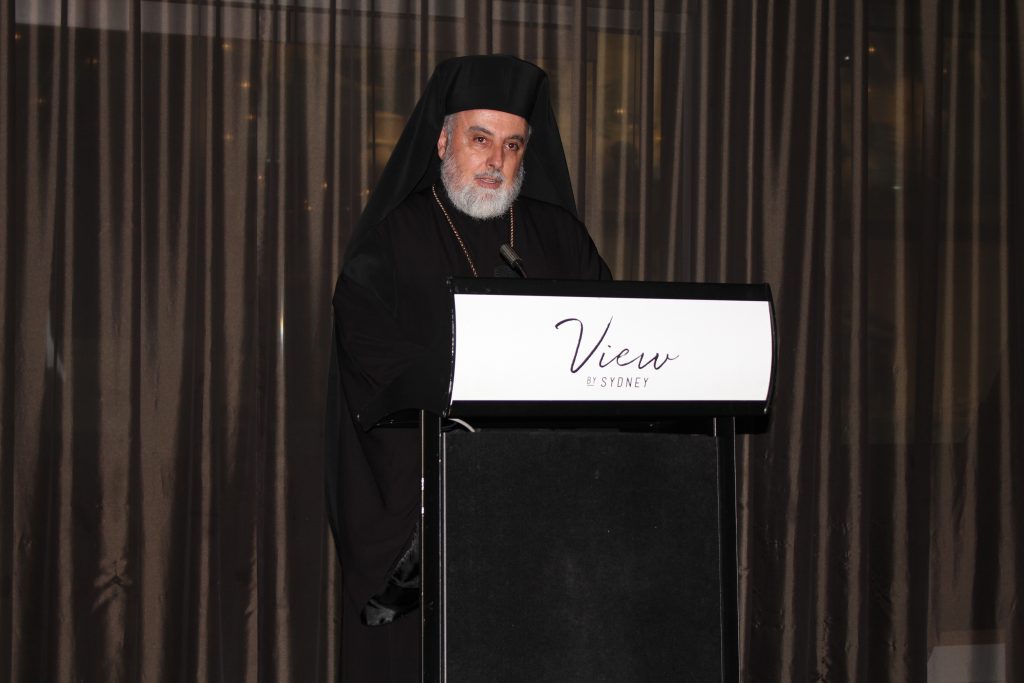 “In the years that you have been here, you have shared with all of us the common journey in attending many different events, church and social and community, and everyone has a good word to say because first and foremost, you are good people,” the Bishop added, before wishing Mr Karras and Ms Gkikiza well on their return to Greece.

Next to the stage was Mr Coure who thanked Mr Karras and Ms Gkikiza “on behalf of the NSW government for your leadership” and for working with the government on lighting up the Sydney Opera House in the colours of the Greek flag last year to mark the bicentenary of the Greek Revolution. 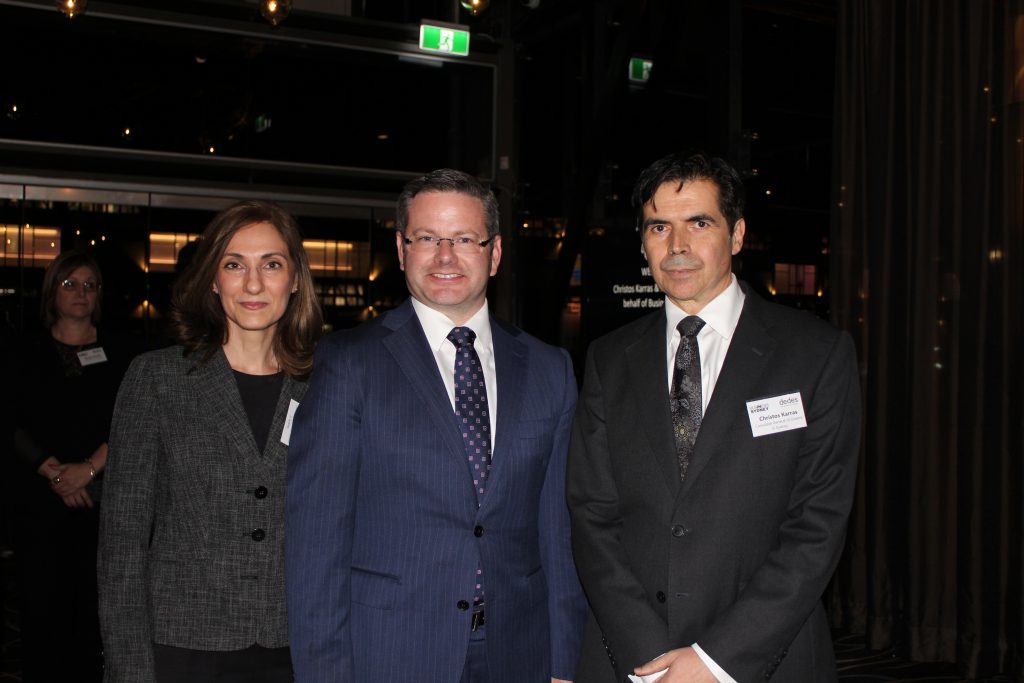 “I must say, you have a pair here of very strong leadership and I want to thank you for the leadership you have shown right across NSW for the Greek community,” Mr Coure said.

The Consul General spoke next and it was an emotional speech as he individually thanked every Greek community organisation and individual who has supported him throughout his five year tenure in Sydney.

“I would like to thank each one of you for honouring Katia and myself with your presence here tonight and, more importantly, for honouring the institutions of the Consul General of Greece in Sydney and the Trade Commissioner of Greece in Australia,” Mr Karras said. 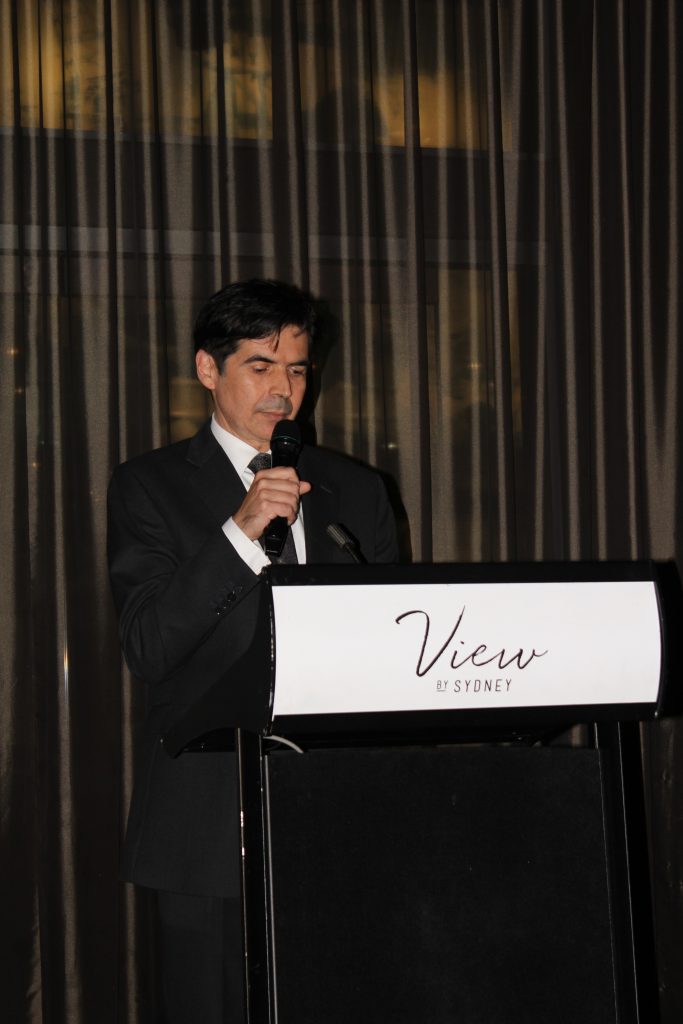 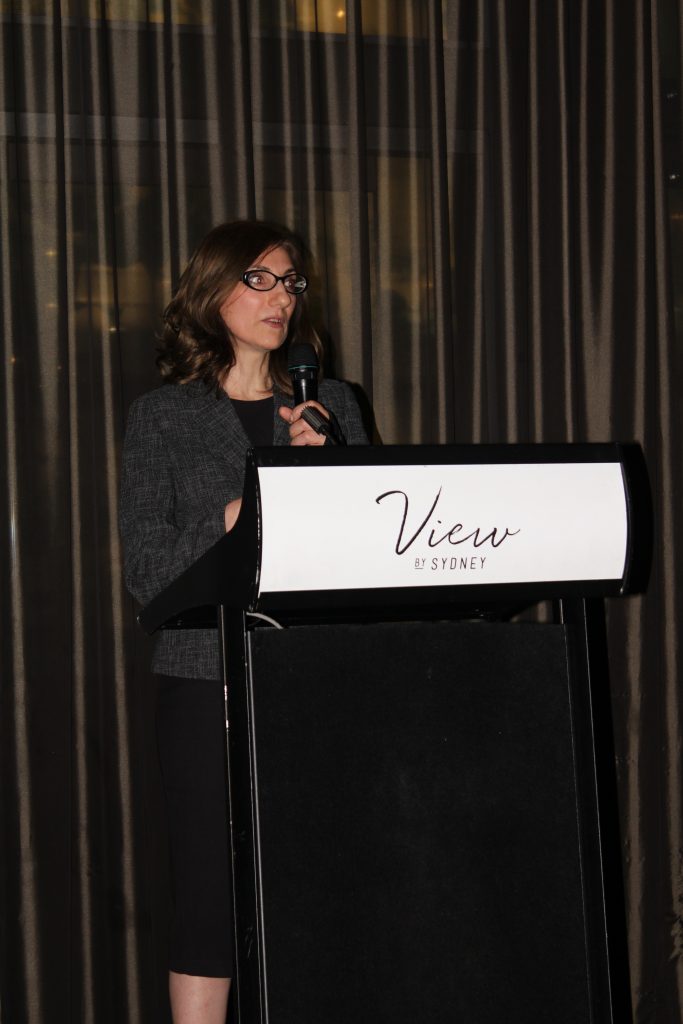 In his speech, Mr Karras also announced that the new Consul General of Greece in Sydney will be Yannis Mallikourtis.

Last to the stage to speak was Ms Gkikiza who said it has been “a pleasure” to work in Australia over the last five years.

“In Australia, I feel that I can make a difference, that the work we do here matters and this is because we can rely on the support of so many people,” Ms Gkikiza said.

“I would like to thank you all for helping us help Greece and for helping us at the Consulate General find ways to promote trade with Greece, to promote Greek investments. This could not have been done without you.”

At the conclusion of these formal proceedings, Mr Karras and Ms Gkikiza were presented with a frame of photographs from their time in Australia curated by photographer Nick Bourdaniotis. 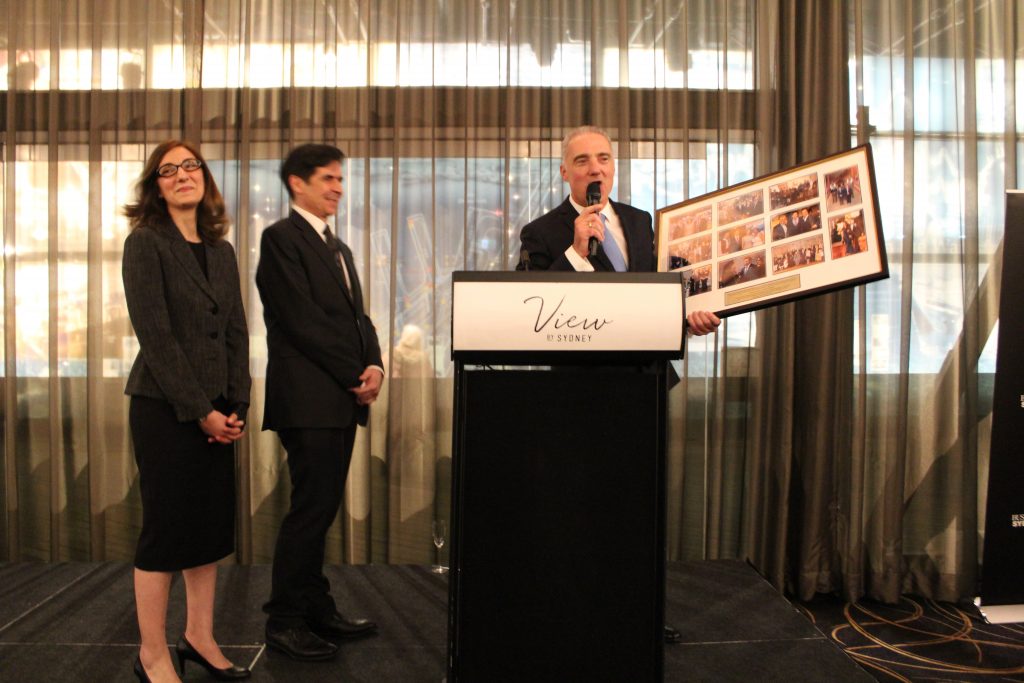 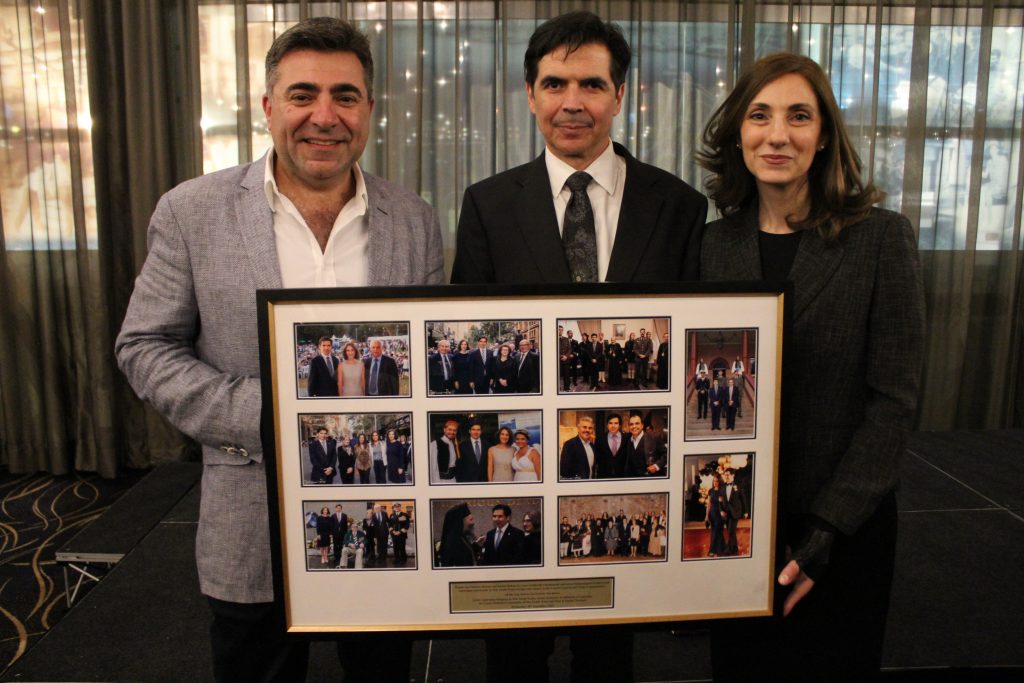 The rest of the night was spent mingling with the Greek diplomats and saying personal farewells.

The Greek Herald team would like to personally thank Mr Karras and Ms Gkikiza for their contribution to Sydney’s Greek community and for their constant support of Greek Australian media during their tenure. We wish them success in their next diplomatic posting. 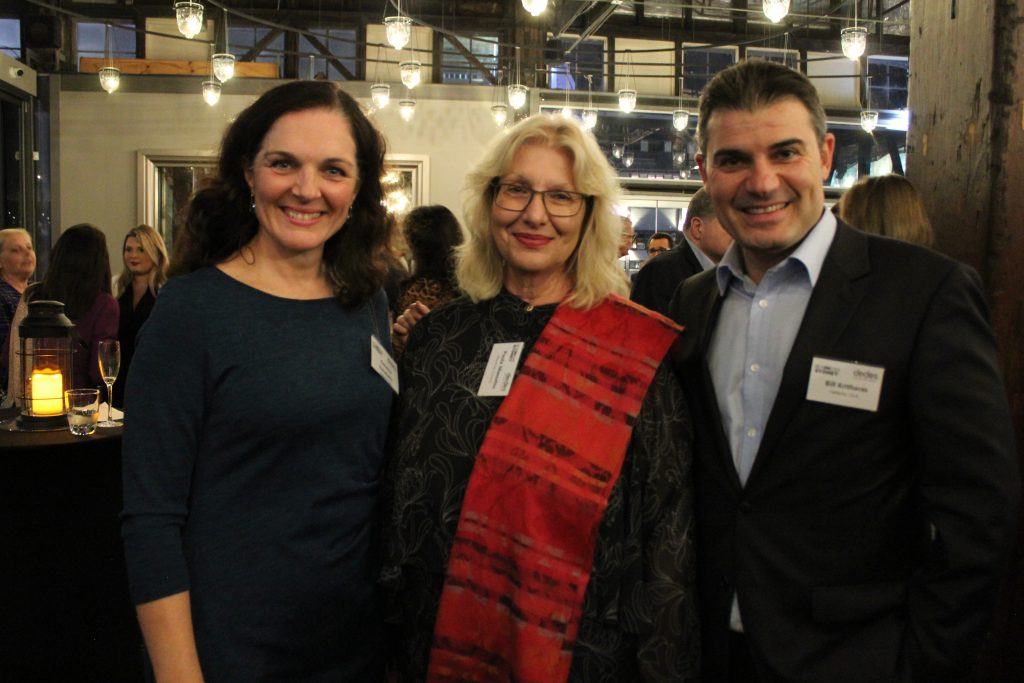 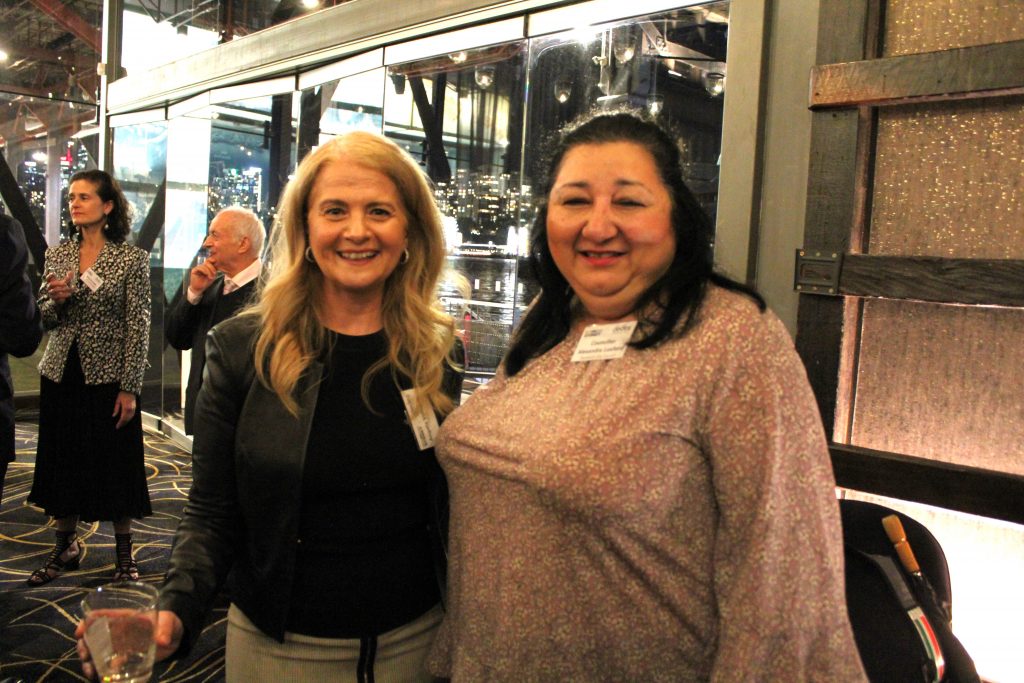 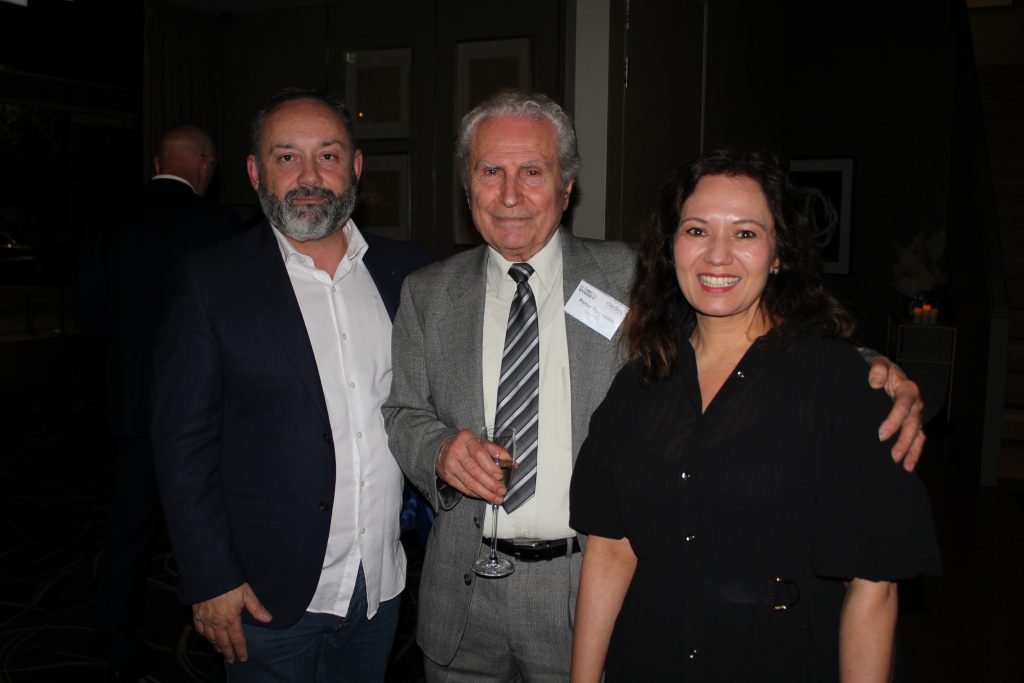 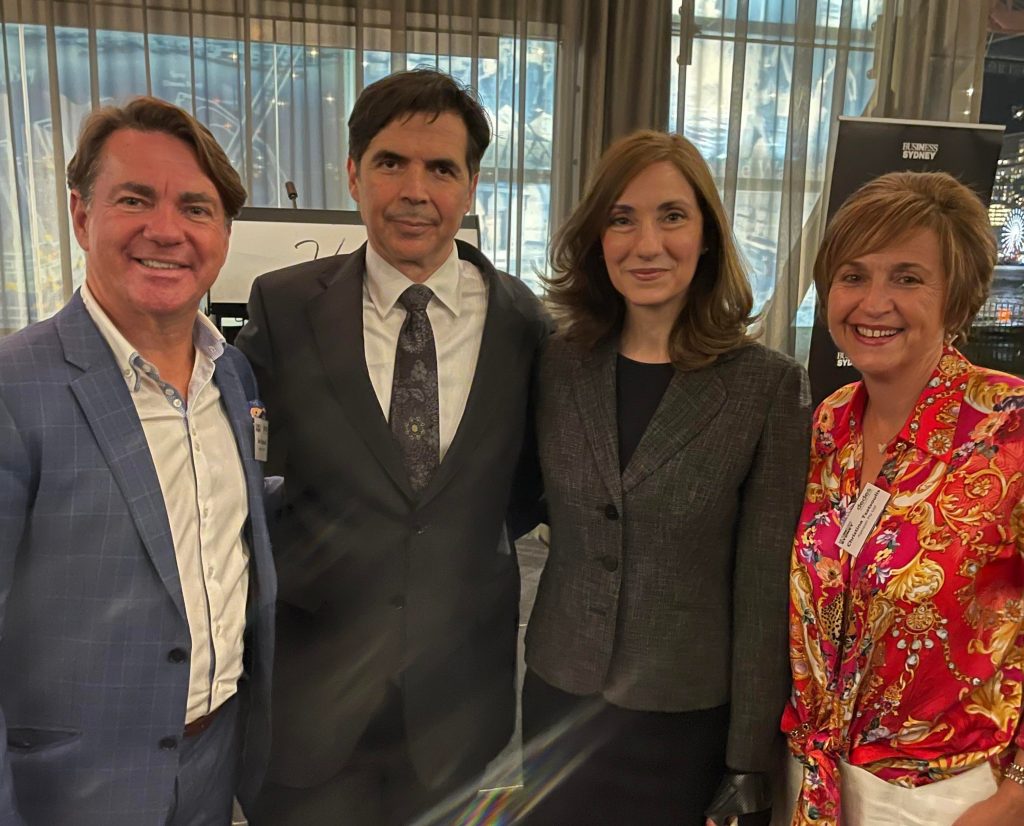