NewsHere's why you can't vote online in the 2021 federal election This story idea came from audience members like you who got in touch with us. Send us your federal election questions and story tips. Email [email protected] or join us live in the comments now.

Despite all the day-to-day activities that moved online during the COVID-19 pandemic, one that hasn’t gone digital is voting in federal elections.

The absence of an internet voting option is sure to upset some voters, including those who reached out to CBC News to ask if they can cast their ballots on Sept. 20 using a mobile phone or computer.

Maarten W. pointed out the technology exists and said Canadians already conduct numerous private tasks online, from banking to filing taxes, and Elizabeth L. argued it would make sense to vote online during the fourth wave of COVID-19.

Here’s what you need to know about online voting and why it’s not currently an option in Canada.

What is online voting?

Countries around the world have used technology to improve the voting process for decades.

In some places, electronic voting machines are used to tally paper ballots that voters mark and cast by hand.

Others have voters select their preferred candidates or political parties on computer kiosks located inside polling places or at other public locations. 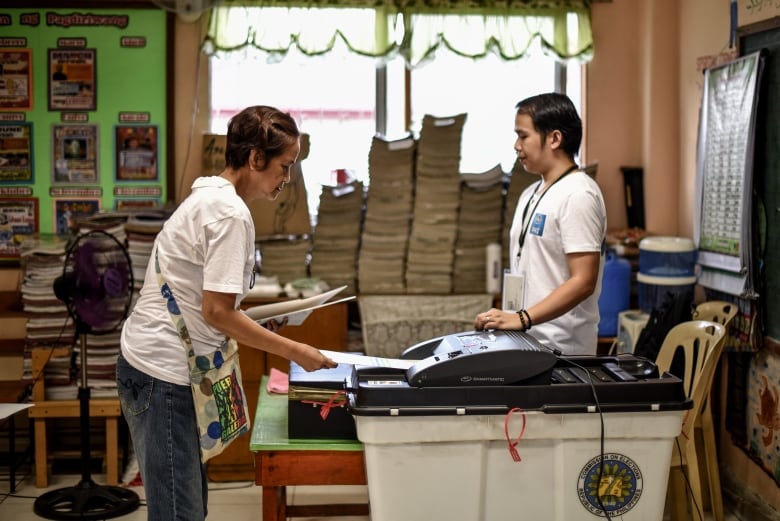 A woman places her ballot paper into a vote-counting machine during the presidential and vice presidential elections at a polling centre in the Philippine capitol of Manila on May 9, 2016. (Mohd Rasfan/AFP via Getty Images)

Online voting, or internet voting, allows voters to cast a ballot from their own mobile phone, tablet or computer. Similar to filling out an online survey, voters access a software program through an app or web browser and make their electoral choice from any location with an internet connection.

Those in favour of online voting argue it’s convenient, accessible for people with visual impairments and mobility issues, less costly than a normal election and has the potential to boost voter turnout. 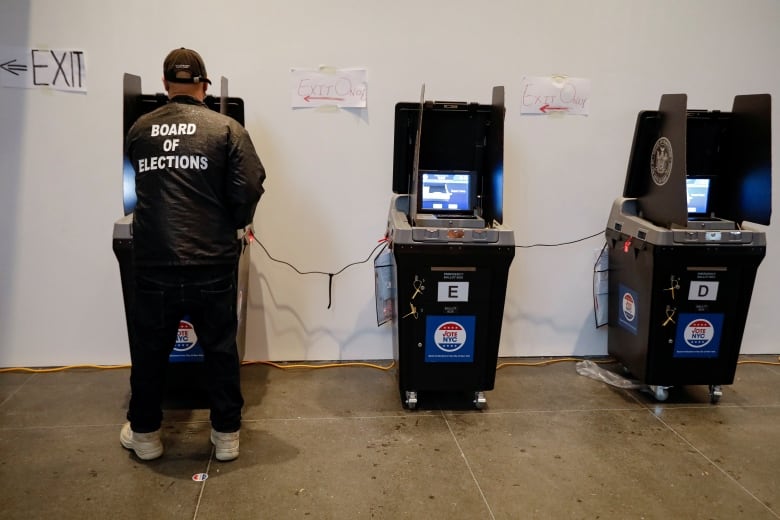 An election employee cleans an electronic voting kiosk at a polling place at the Brooklyn Museum in New York City on Oct. 29, 2020. (Brendan McDermid/Reuters)

Which countries use online voting?

Estonia is the only country that uses online voting nationwide, according to a report by the International Foundation for Electoral Systems. Voters in the northern European country have the option to vote online in local, national and European elections.

Under the Estonian i-Voting system, electors log in to an internet platform and use their microchip-enabled national identity card or a “mobile ID” linked to a special SIM card to authenticate their identity.

Personal information, including the person’s name, is removed from each ballot before counting to ensure anonymity. As a security measure meant to prevent fraud, voters can vote online multiple times before the deadline, with each new vote cancelling out the last. 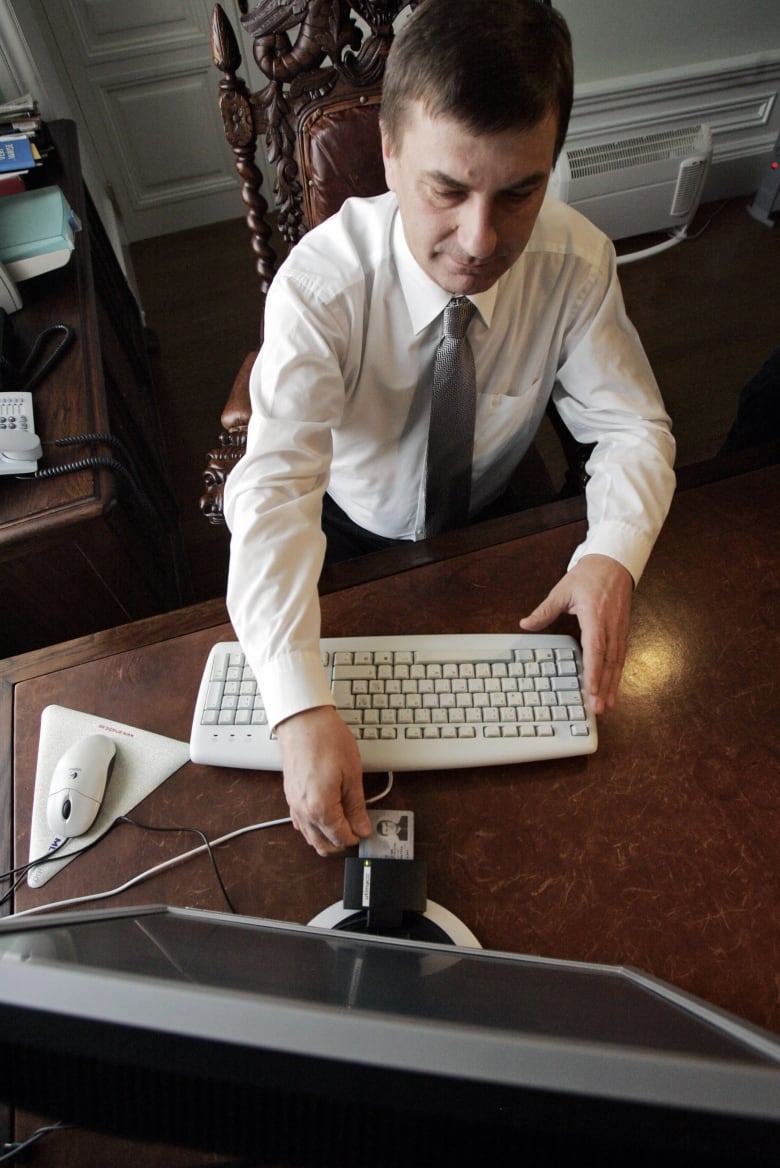 Andrus Ansip, Estonia’s then prime minister, inserts his voter ID into a card reader as part of the validation process before casting his ballot online in the country’s 2007 national election. (Raido Pajula/AFP/Getty)

Other jurisdictions have used online voting for some subnational elections or for certain population groups. Examples include: the Australian state of New South Wales, which allows voters with disabilities and those living in remote areas or out of state to vote online, and Switzerland, where out-of-country voters and some residents have voted online in canton elections and referendums.

Mexico, New Zealand and Panama give voters living abroad the option to vote over the internet, and more than 30 U.S. states allow both military members and out-of-country residents to do so.

France, the United Kingdom, Norway, the Indian state of Gujarat, and the Spanish capital of Barcelona have all piloted online voting in some elections, but discontinued its use for various reasons.

In Canada, hundreds of municipalities in Ontario and Nova Scotia have used internet voting for local elections, and the Northwest Territories allowed absentee voters to vote online for the first time in the 2019 territorial election. 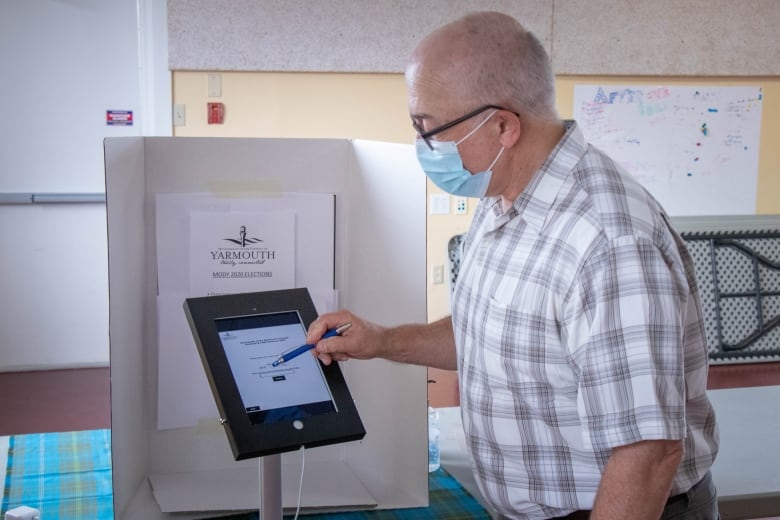 Dean Fuller, returning officer for the District of Yarmouth, N.S., demonstrates how to use the municipality’s internet voting system in September 2020. (Robert Short/CBC)

Why is online voting not an option in Canadian federal elections?

While Canadian voters can register to vote, change their address and, in some cases, request a mail-in ballot online, Elections Canada doesn’t use electronic methods for casting or counting ballots.

Instead, voters in Canada mark their choice — or write in the name of their preferred candidate — on a paper ballot. Those ballots are then placed into a box and poll workers count them by hand.

“It’s user friendly. It can’t be hacked. There [are] measures in place where we can carefully control the custody of the ballot,” said Matthew McKenna, a spokesperson for Elections Canada.

McKenna said the agency has a mandate to test alternative voting methods, but a countrywide online voting option would require legislative change in Parliament along with significant research and testing.

The Liberals floated the idea of online voting in their 2015 election platform and, after forming government, tasked a special committee of MPs with studying the possibilities.

But the committee recommended against it after concluding the secrecy and integrity of the ballot could not be guaranteed, and the Liberal government agreed.

“While Canadians feel that online voting in federal elections would have a positive effect on voter turnout, their support is contingent on assurances that online voting would not result in increased security risks,” then-minister of democratic institutions Karina Gould wrote in response to the report.

WATCH | How much is this election costing Canadians?

How much is this election costing Canadians? | Ask CBC News

This federal election, called in the middle of the COVID-19 pandemic, is set to be the most expensive in history. So where is $610 million going? And where does the money come from? 5:33

In a statement released earlier this summer, Elections Canada stated it hadn’t considered online or telephone voting when planning to conduct an election during the pandemic.

“Implementing such a change would require significant planning and testing to ensure the confidentiality, secrecy, reliability and integrity of the vote,” the statement said.

“Given the current operational and time constraints, these options could not be explored properly ahead of the next general election.”

What are the risks of online voting?

As with anything on the internet, cybersecurity is a huge concern.

A foreign government or team of hackers could break into the database storing ballot information and steal or modify it undetected. A software bug could cause an error when recording votes or calculating the totals. Malware on a voter’s device could infect the voting system with the purpose of surveilling or changing votes.

Even if a system can be designed to repel these threats, the unsupervised nature of online voting means voters could be influenced by vote buying or coercion.

“There are so many different ways that an [internet-based] election system could be compromised,” said Aleksander Essex, a software engineering professor at Western University and an online voting expert.

“But at the end of the day, it’s: Did my vote count? Is the election right? And is my ballot secret?”

Western University associate professor of software engineering Aleksander Essex explains some of the ways an internet-based voting system could be compromised. 1:35

Experts point to a fundamental tension between the need to ensure the integrity of elections — by verifying that each vote was cast by an eligible voter — and the secret ballot principle, which holds that each voter’s choice should remain anonymous so they can’t be subject to bribery, intimidation or punishment.

In a paper ballot system, poll workers verify a voter is who they say they are by checking their identification and cross-referencing it against a voter registration list. If a problem arises and a recount is necessary, the paper ballot provides a physical way to verify the accuracy of the vote.

When it comes to online voting, keeping votes anonymous means stripping away identifying information after a voter’s identity is authenticated, but before they are counted. This makes verification difficult because there is no paper trail.

“The government is not supposed to know how you voted the same way that a bank knows how much money you have or … an online retailer knows what you ordered,” he said.

“Doing both of these things at the same time turns out to be actually a really hard problem.”

Do you have a question about the federal election? Send it to [email protected] or leave it in the comments. We’re answering as many as we can leading up to election day. You can read our answers to other election-related questions here.