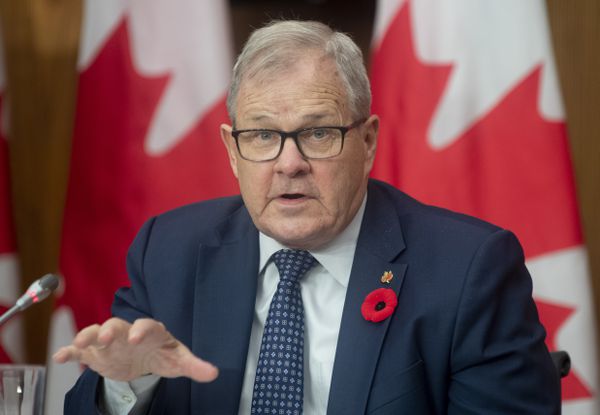 The federal Liberal government is promising to hire more staff to tackle a backlog of requests for assistance and shortage of case managers that is leaving many disabled veterans without the help they need.

Veterans Affairs Minister Lawrence MacAulay made the commitment in an interview after The Canadian Press published a series of articles in the lead-up to Remembrance Day that looked at some of the most pressing challenges facing veterans today.

Those challenges included the backlog of disability applications that is leaving thousands of veterans waiting months and sometimes years for treatment and financial support, and which veterans’ organizations have identified as the community’s top concern.

The series also looked at the overwhelming number of veterans assigned to individual case managers, and how those caseloads are threatening to let some of the most severely injured fall through the cracks.

Yet while the minister underscored adding staff, as the Liberals also promised during the recent election, will form a key part of the government’s response, he would not say how many people would be hired or when.

“I’m not going to give you an exact date on anything,” MacAulay said. “But what I’m going to do is make sure that we continue to deal with the backlog and bring that percentage down.”

The Canadian Press series also looked at the lack of a promised strategy from the government for veterans’ homelessness, calls for more assistance to the families of injured veterans, and the fight some are waging for equal treatment from Ottawa.

Veterans Affairs had more than 40,000 unprocessed disability claims from more than 30,000 veterans in its possession at the end of June. Veterans and their advocates have said the long waits for claims to be processed are adding more stress and instability on injured ex-soldiers.

The Liberals have hired about 560 temporary adjudicators over the past two-plus years to bring the backlog under control after years of cuts under the previous Conservative government and a surge in new applications for help more recently.

The parliamentary budget officer in September 2020 reported the government would need to keep most of those temporary staff past their current contract end in March 2022 for another three years to properly deal with the backlog.

Veterans Affairs officials privately warned MacAulay the same thing this past May, according to documents obtained through access to information, noting those temporary staff only really got up and running this past January after months of recruitment and training.

Those officials not only spoke of the importance of retaining those temporary staff, but also for the government to make a decision on such an extension sooner rather than later.

“With delays in extending spike staff comes the higher risk of losing these highly skilled and trained employees,” reads the report. “To date, we have lost 38 employees with 27 being essential decision makers.”

MacAulay would not speak to whether the temporary staff would be hired or otherwise extended.

The minister was also vague on the government’s plan to address the fact case managers within his department and struggling with large caseloads, though he did say the government remains committed to its 2015 campaign promise of having only 25 veterans to one case manager.

“Our goal is to make sure that we bring down that ratio,” he said. “Yes, 25 to one. There’s only one way you can do this, and it is to have more people to do the job.”

Veterans Affairs says the average case manager today has about 33 veterans assigned to them, but the Union of Veterans Affairs Employees says a survey of its members found the majority have more than 35 and some have in excess of 50.

The lack of details from MacAulay did not sit well with the opposition parties, which questioned the government’s commitment to veterans given the lack of details around how it plans to address the challenges facing former service members.

Conservative veterans’ affairs critic Alex Ruff acknowledged the previous Harper government made mistakes in its treatment of former military personnel, and noted some of the positive changes the Liberals have made to the available benefits in recent years.

But he questioned why the Liberals have failed to eliminate the backlog or address the shortage of case managers despite having been in power for the past six years – and asked what the government’s current plan is for fixing the problem.

“If you’re going to do this, what’s the plan?” he said. “What are the concrete details of how you’re actually going to deliver on this?”

In direct response to The Canadian Press series, Bloc Quebecois veterans affairs critic Luc Desilets called on the government to immediately fulfill its promise to reduce the ratio of veterans to case managers to 25 to one, including by hiring more veterans themselves.

“Veterans Affairs Canada is failing on a number of fronts and there is a human cost to that,” Desilets said in a statement released in French.

“The minister must redouble his efforts, and things are urgent. The Bloc Quebecois is asking VAC to deploy the necessary resources to hire more case managers.”

“It was very clear: if you want to get this backlog done, keep these people that you’ve hired temporarily permanently and then hire these other people to get it done in a year. So I get a little frustrated,” Blaney said.

“I know it will cost money. But I think the majority of Canadians feel very much that when people serve our country in the way that they have we need to return the favour when they return from their service.”

For subscribers: Get exclusive political news and analysis by signing up for the Politics Briefing.