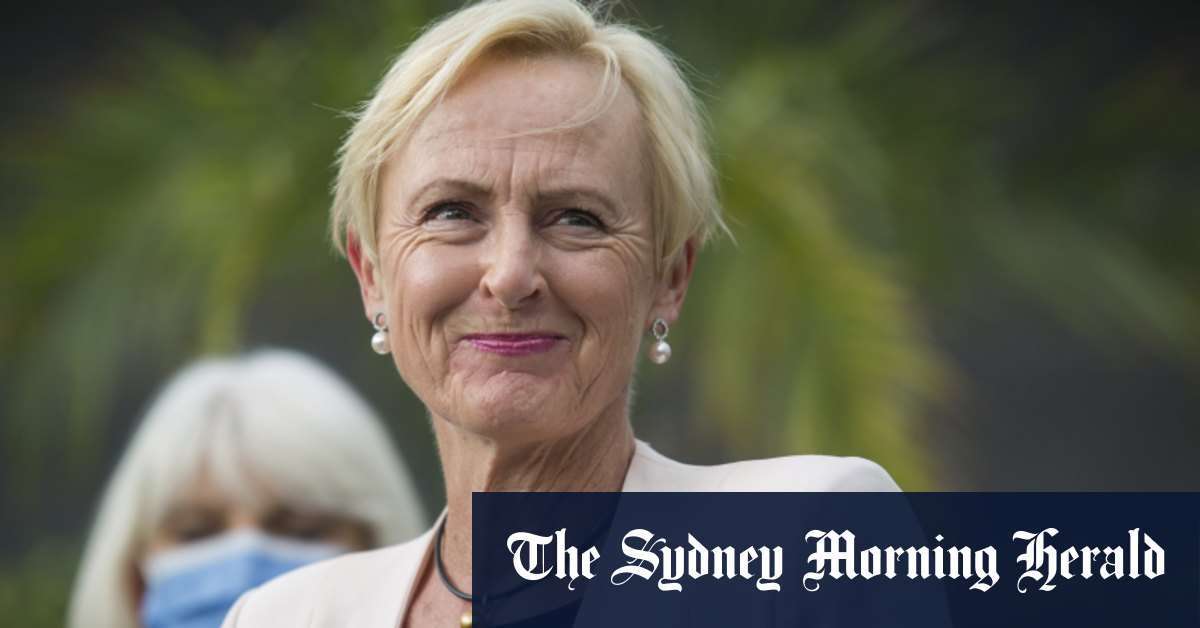 Liberal MP Katie Allen, who worked as a paediatrician and public health professor before entering politics, has revealed that she wrote to the government’s vaccine advisory group asking it to review its advice restricting AstraZeneca to older Australians.

Dr Allen is unhappy at the poor reputation AstraZeneca has developed in Australia given its effectiveness, especially against severe COVID-19, and overall safety. “I’m deeply disappointed about the way the Australian population has perceived the AstraZeneca vaccine,” Dr Allen said on Q+A on Thursday night.

Liberal MP Katie Allen has backed the safety of the AstraZeneca vaccine.Credit:Paul Jeffers

Her intervention is another sign of the government’s enthusiasm for a wider use of AstraZeneca, which is locally made and much more plentiful than Pfizer, as the number of Delta-variant COVID cases in Sydney grows.

It comes after Prime Minister Scott Morrison urged Australians in areas of high virus transmission to compress the time between their AstraZeneca shots to eight weeks and ahead of a national cabinet meeting on Friday, where AstraZeneca policy is again likely to be on the agenda.

There have been three deaths likely linked to the vaccine out of about 4.5 million doses delivered so far and Dr Allen said treatments for those very rare side effects had improved as the rollout advanced. “Early on the clots associated with AstraZeneca were being mistreated by doctors,” Dr Allen said. “That’s been rectified now.”

The Australian Technical Advisory Group on Immunisation recommended on June 17 that AstraZeneca be constrained to people over 60 while everyone younger was told to get the Pfizer jab. It had earlier raised the recommended age for AstraZeneca from 40 to 50.

On June 8, Dr Allen wrote to ATAGI urging it to review that advice based on newer data and changing treatments for the clotting condition linked to the vaccine.

“Consideration of this request is important… in helping Australia rapidly roll out the COVID-19 vaccine by reassuring the general public on the safety of COVID-19 vaccines to mitigate vaccine hesitancy,” Dr Allen wrote in the letter, seen by The Age and The Sydney Morning Herald. She also said it would send a strong message to Australia’s neighbours in the Pacific that the vaccine was safe for their populations, which are younger on average than Australia’s and have been receiving airshipped AstraZeneca doses.

Prime Minister Scott Morrison has in recent weeks urged Australians younger than 60 to speak to their doctors about being vaccinated with AstraZeneca, which is a step long technically supported by the health advice, but not emphasised by ATAGI.