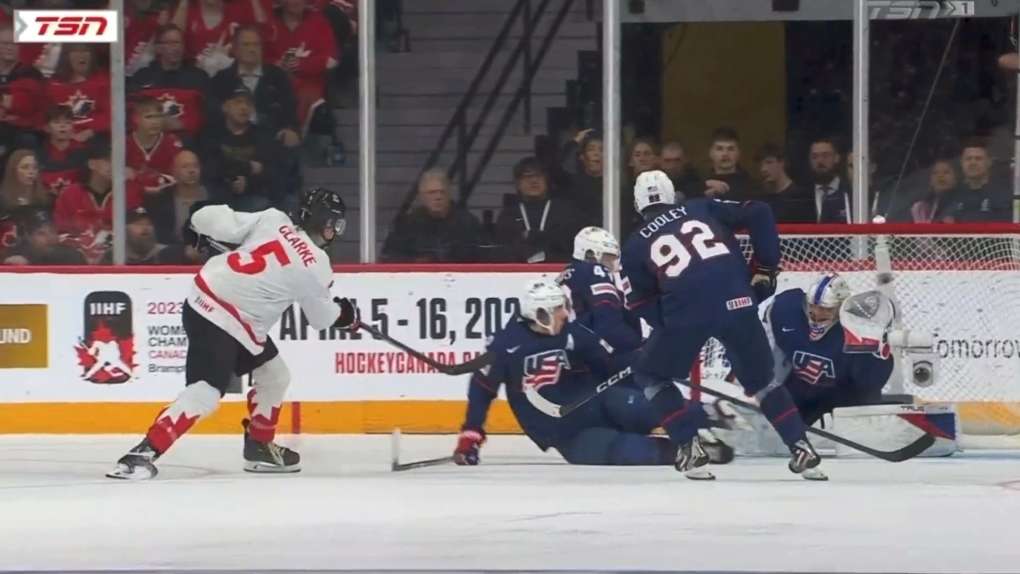 Ottawa native Brandt Clarke is leading Canada from the back as the Canadian team heads into the World Junior Championships gold medal game.

The 19-year-old defenceman has already achieved the dream of so many Canadians by being drafted by the Los Angeles Kings last year.

But adding a World Juniors gold medal may top that achievement, according to Clarke’s father Chris Clarke.

“It’s a once-in-a-lifetime event, and could be and should be seen that way by him and certainly I feel that way, as I have a behind-the-scenes front row seat,” Clarke told CTV News ahead of Canada’s matchup with Czechia in the final.

In Canada’s first game of the tournament on Boxing Day, Team Canada lost to Czechia 5-2. Since then Canada has won five straight games to make it to the gold medal round.

Despite playing behind the likes of star forwards Connor Bedard and Shane Wright, Clarke credits his son’s experience and maturity for helping guide Canada’s defence to the final game of the tournament.

Ahead of the final matchup, Clarke’s tournament was punctuated with a goal in the 6-2 win over the United States in the semi-final.

“His skill is knowing when to go to the net as a defenceman and contributing, and that’s exactly what we saw there.”

During the day Thursday, Clarke says his family spent the day shopping and exercising to preoccupy their nerves before the game.

Clarke adds that he reminds his son often of a piece of fatherly advice that has taken him this far.

Heading into Thursday’s final, Clarke leads all Canadian defencemen in the tournament with two goals and four assists in six games.