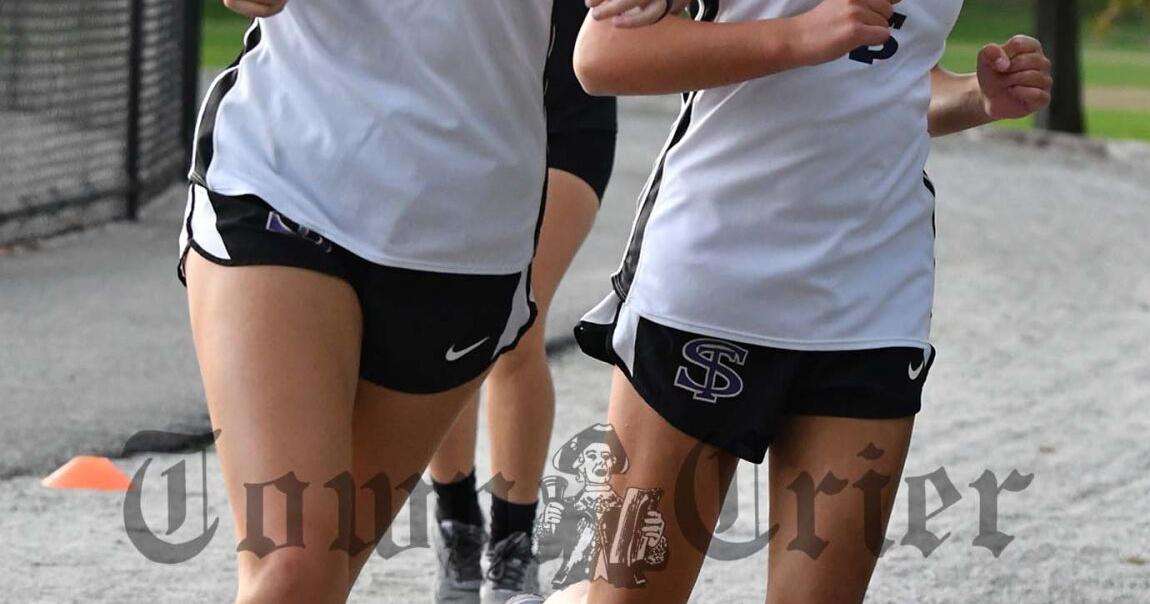 The boys ended up finishing third overall in the Upper Division behind Greater Lowell and Essex Tech.

“They were awesome,” said Ram coach Dan Dorazio. “Everybody was ready.”

Junior Noah Brooks led the Rams with a sixth-place finish overall in 17:42 and senior Ben Hollenbeck was second for Shawsheen and 11th overall in 18:21.

“We have some kids that have really come a long way,” Dorazio said. “I’m happy for them. I really am.”

Dorazio was particularly pleased with Tassone.

“At the beginning of the year, I don’t even think he was in the top seven,” said the coach. “Now, he’s third. He never misses a practice and he comes and works hard every day. Those are the kind of guys you love having around. I can’t wait to see what he does at the state vocational meet next week.”

The Shawsheen girls did not have enough competitors to score as a team, but still had several impressive individual performances.

Dorazio said the future of the program continues to look bright.

“We had a young team this year,” he said. “Next year we’re going to be senior and junior top-heavy. We should be really good next year. We’ve got some really good kids coming back. I can’t wait.”

The Shawsheen Tech boys soccer team finished a 9-5-3 regular season with a 2-1 victory over Lowell Catholic on Senior Night at Shawsheen on Monday.

Sophomore Nico Georgoulis gave the Rams a 1-0 halftime lead and sophomore Jayden Perez of Tewksbury put Shawsheen up 2-0 early in the second half.

Lowell Catholic cut into the lead halfway through the second half, but the Rams hung on.

“We pretty much played a very strong game all the way,” said Ram coach Tom Severo. “We had the run of the play for most of the night. The score was closer than the game actually was.”

The game-winning goal for Perez was his second tally of the year to go with three assists.

“He’s had a great year this year,” said Severo.

Before Lowell Catholic, Shawsheen lost to Northeast Metro Tech by a 3-0 score.

The Rams finished the season with a 4-1-1 stretch.

It was a regular season of streaks for Shawsheen, who started 0-3-1, went on a 5-0-1 run before falling to Greater Lowell.

After the defeat at the hands of the Gryphons, the Rams finished strong.

“It (has been) a good season,” added Severo. “We had high hopes coming in. The thing that hurt us this year was injuries. We had a lot of kids out, but slowly we started to get a little healthier as the season went on.”

State tournament play is likely to start at the end of next week.

“It was great,” said Ram coach Doug Michaud. “We finally made it, it’s been a little while. The girls did a good job.”

Shawsheen led only 2-0 at halftime before pulling away over the final 40 minutes. In its previous game, Shawsheen led Lowell Catholic by that same 2-0 score at the break before tying, 2-2.

“At halftime, I didn’t have to say a thing,” said Michaud. “They were saying it, ‘Let’s not let up.’ It was good. And we got a goal about two minutes into the second half and once we scored that third goal, Northeast kind of crumbled at that point.”

“It’s possible we could make the vocational tournament, but I’m not sure,” said Michaud. “It will be interesting.”

On Tuesday night, Shawsheen crushed Lowell Catholic, 6-0, to end the regular season with an 8-5-3 overall record and 6-4-2 in the league.

Kerry Brown led the offensive attack with three goals and one assist. Celia Vindice, Riley Rourke and Caitlyn Aprile each had one goal, while, Aprile and Natalie Martin had one assist each.

Goalie Sydney MacPherson made six saves to record the shut out.

Earlier in the year, the Rams swept Greater Lawrence by a 3-0 score, making Friday’s loss quite an upset by the Reggies.

“When you come off beating two teams like Essex (a 3-2 win the week before) and Whittier, especially with the seasons both of them are having, we rested on our laurels a little bit,” said first-year Shawsheen coach Katie McGinness. “Unfortunately, we just didn’t show up ready for (Greater Lawrence).”

“I think it was a good motivator going to playoffs for us,” the coach said. “We’ve have a new attitude the last couple of practices after that loss, which is good. We were coming off of an eight-match winning streak so it was bound to happen. It was a nice little reminder that it can be anyone’s season and anyone’s game.”

The victory over Whittier, however, was one of the highlights of the season for Shawsheen, who took an 11-4 record into a non-league game against Chelmsford on Wednesday and a rematch with Whittier from a game earlier in the year that was postponed.

“It was definitely back and forth there for a while,” said McGinness. “I have to commend my team. They definitely kept level heads which is huge when it comes down to those five-set matches because that fifth set can be anyone’s game when you only play up to 15.”

“The whole team did what they had to do,” she said. “Overall, it was a huge team effort.”

The Rams, along with qualifying for the MIAA state tournament, are in consideration for the state’s vocational tournament.

“It’s still very much up in the air,” McGinness said.

McGinness, the librarian at Shawsheen, said she has been pleased with her team’s season after the Rams did not qualify for the state playoffs a year ago.

“I can only speak to my season,” she said. “But coming in the team was excited and ready to work hard. I have been immensely pleased with my team, the way they work together and the way they play. It’s been such a pleasure this season to have such a great season and such a great team to build off of. I have some really great leaders.”

McGinness has been pleased with senior captains Gabby DiSalvo and Kyle McFadden, both of Tewksbury.

“They set the tone at every practice and every game,” she said. “I can really count on them to pull everybody together. I just have a really great group of kids. It can get long and tiring this late in the season and every week we show up ready to work. It’s fun to watch and it’s fun to coach.”