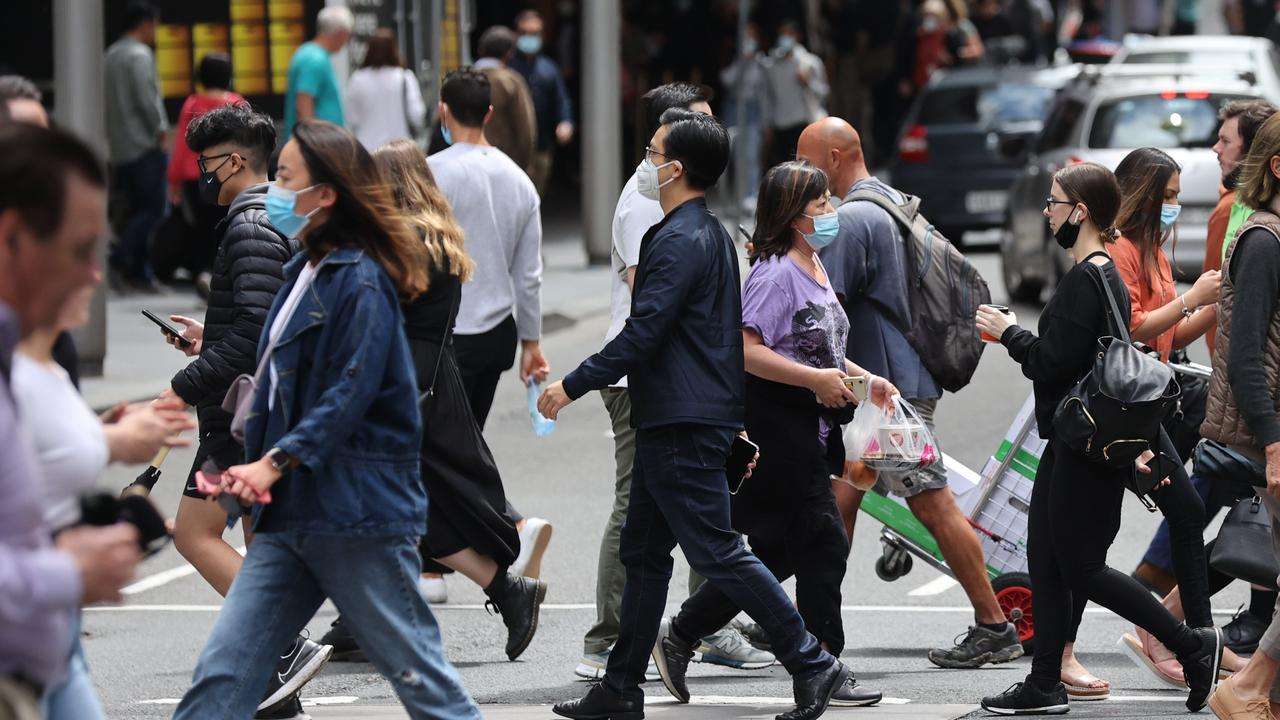 They say in politics you should never wrestle with a pig: You both get dirty but only the pig enjoys it.

Likewise you should never argue with a conspiracy theorist because you both end up inhabiting their deluded world.

It is, however, vital that we separate conspiracy from reality. And we need to expose how both lunar fringe dwellers and supposedly sane ideologues are inextricably linked.

And nowhere is this better demonstrated than in the reaction to the groundbreaking Covid inquiry headed by Western Sydney University chancellor and former head of the Department of Prime Minister and Cabinet Peter Shergold and my column about it last week.

The findings of the almost 100-page report — the only national inquiry into Australia’s Covid response to date — confirmed virtually everything I and precious few others have been consistently saying since the outbreak of the pandemic: That schools should never have been closed and that lockdowns were excessive and disproportionately hurt the most disadvantaged in our community.

At the time any expression of such views resulted in howls of outrage and torrents of abuse from lockdown luvvies and the #IstandwithDan troll army. When the report was handed down their silence was both deafening and damning.

Instead the noise came from a cohort that caused almost as much damage during the pandemic, namely the anti-vaxxers. At a time when I and others were urging more freedom these people were unnecessarily clogging up hospital beds, suppressing uptake rates and giving chicken little politicians and bureaucrats the excuses they needed to keep restrictions imposed harder and longer.

Perhaps even worse though is that they enabled the pro-lockdown extremists to paint anyone who questioned them as a lunatic anti-vaxxer and were therefore able to dominate the political narrative and impose on people two years of brutal restrictions whose economic and social consequences we are still grappling with.

The response to my article last week was also an illuminating if predictable insight into the methods and mentality of the anti-vax movement — although both those words are generous descriptions.

Tellingly, my article about the Shergold report did not even mention vaccinations but a meme quickly circulated around the world supposedly contrasting it with a previous piece condemning those who refused to get vaccinated while the rest of us languished in lockdown.

And of course the pieces themselves weren’t circulated — that would oblige the audience to actually read them. It was merely screenshots of the headlines.

Of the barrage of abuse that found its way to my Instagram messages — of all places! — I allowed myself just one exchange for the sake of posterity:

Random: “Did you write this article?”

However my new penpal nonetheless insisted that I apologise for it. You’ve got to admire their commitment!

Crazy, irrational and extreme, right? And yet it is exactly the same technique employed by lockdown loving so-called progressives on the exact same issue.

In one case an online activist tried to drum up outrage using a screen grab of a weeks old article criticising the disproportionate impact of lockdowns on disadvantaged areas — again not daring to offer a link for people to actually read it.

Incidentally, the same activist now works for Kooyong Teal Monique Ryan representing the interests of suburbs like Hawthorn and Kew.

In another the chief health officer of Victoria himself — arguably the poster boy for pandemic mismanagement — posted a screen grab of an article of mine about needing to live with the virus.

Again there was no link for his followers to read it. Meanwhile he remonstrated with things the article did not say and his central complaint appeared to be with a quote from the federal chief medical officer.

And so we see that in their behaviour and reasoning lockdown luvvies and anti-vaxxers are just as deluded and irrational as each other.

And while such online shenanigans might be written off as deranged and annoying, the one-eyed zealotry of both has terrible real world consequences, as the Shergold report makes clear.

The closure of schools is the ultimate case in point: There was never any scientific basis for it and yet state premiers, enabled by their chief health officers, disrupted and stunted the education of children up and down the eastern seaboard and condemned thousands of students to oblivion.

And all of this because a vocal cohort of panicked ideologues were as irrationally anxious about Covid in children as anti-vaxxers are about needles. Both positions were deluded, damaging and against all the evidence. The only difference is that one type of deranged dogma infiltrated its way to some of the highest offices in the land.

Today the dogs have barked and the caravan has moved on and there have been few consequences for either group for their role in making a national crisis significantly worse.

But in time each of these violently opposed extremists will be remembered as just as bad as the other. And that time starts now.