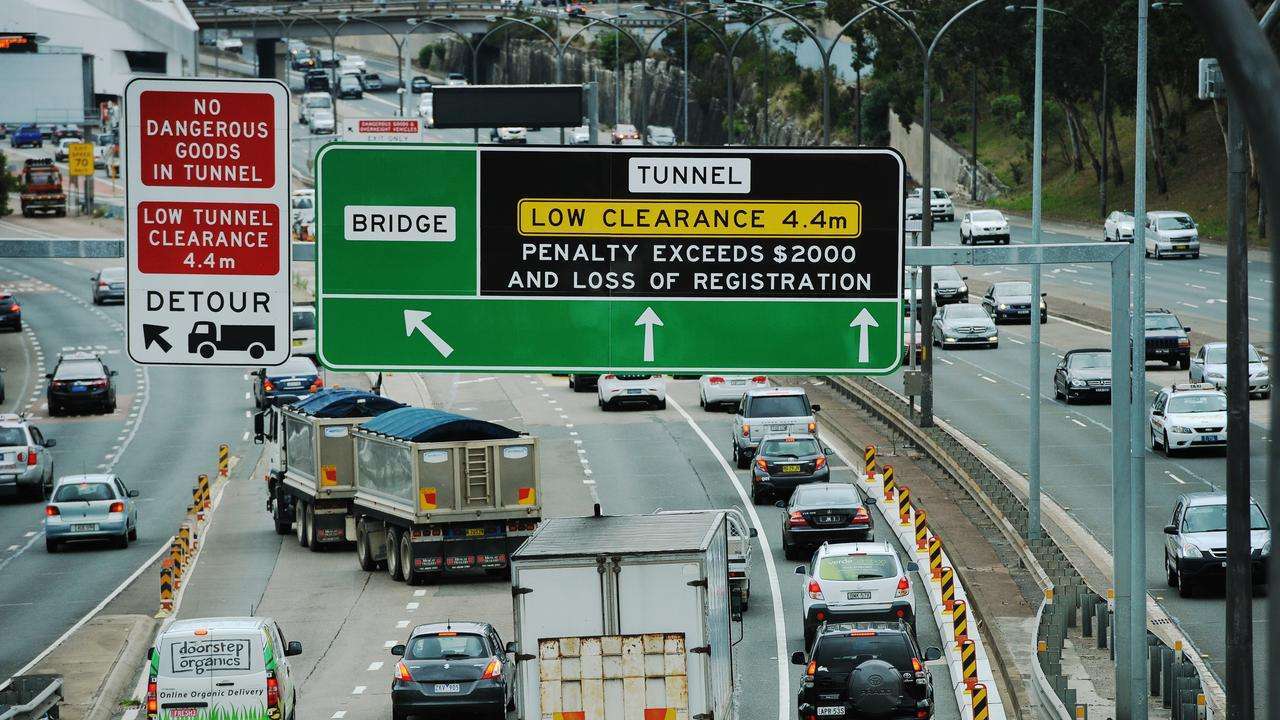 A Sydney truck driver has been left tens of thousands of dollars out of pocket after a ridiculous glitch from a toll company.

A Sydney truckie is tens of thousands of dollars out of pocket after an error from Transport NSW saw him docked $57,000 in a matter of days.

Jason Clenton was one of 45,000 E-Toll users who was charged double what he was supposed to pay, a glitch that saw $40,000 drained from his account in four days.

Mr Clenton quickly deactivated his toll account but not before he was slugged an extra $17,000.

In another painful blow, Mr Clenton told 2GB he was offered a “credit” from Transport NSW, instead of a full refund for the error.

“This is an absolute joke by Transport NSW and E-Toll,” he told the radio station.

“As a business owner, I’m absolutely disgusted. A credit is absolutely no good for me.

“I’ve deactivated my account and returned all my e-Tags.

“I don’t have an account from E-Toll because of the misuse of stealing money from our business account, unauthorised.”

Mr Clenton said he was still waiting for word from E-Toll but in a statement the company said customers “do not need to do anything to receive their refund”.

“We will be conducting a thorough investigation to find the root cause of the issue, to ensure that this does not happen again,” an E-Toll spokesperson said.

Transport for NSW issued a statement, apologising “unreservedly” to everyone who was overcharged in the error and saying the company was working to get money back to customers.

“Transport for NSW apologises unreservedly once again to all our customers affected by these unacceptable errors,” CEO Howard Collins said.

“We continue to do everything we can to minimise any further customer impacts.”

NSW Roads Minister Natalie Ward also apologised in an interview with 2GB, blaming Transport for NSW for the error.

“This should never have happened in the first place,” she told the radio show.

“When money has gone out of an account, it needs to go back into that very same account. No exceptions.”

Sydney’s toll roads have been hit by a number of issues recently, thanks to the rollout of a new tolling account management system.

More than 78,000 customers were incorrectly charged due to an error that saw customers incorrectly being charged for unpaid trips.

These charges were issued to former owners of vehicles, despite the transfer of ownership already being completed.

The toll issues comes after projections from January predicted the cost of tolls will more than double over the next 25 years.

In January, the Transport Workers Union NSW said the doubling and tripling of road tolls over the next two decades would be most strongly felt by truck drivers and other heavy vehicle users who already pay triple the tolls of other vehicle users on most roads.

This is based on a 1 per cent quarterly increase until 2048 that exceeds the predicted inflation rate.

TWU NSW boss Richard Olsen said it was “nothing short of complete madness”.

The state secretary called on the newly-appointed Metropolitan Roads Minister Natalie Ward to take action in 2022.

“Under this government, increases on our toll roads have become just as much a part of Sydney’s New Year’s ritual as the fireworks on the Harbour Bridge,” Mr Olsen said.

“There’s nothing more urgent for the new Roads Minister than providing relief to owner-drivers and transport operators who are being crippled by these massive toll road costs.”