The NHL season is suddenly upon us. Here’s what to know about Canada’s teams

SportsThe NHL season is suddenly upon us. Here's what to know about Canada's teams 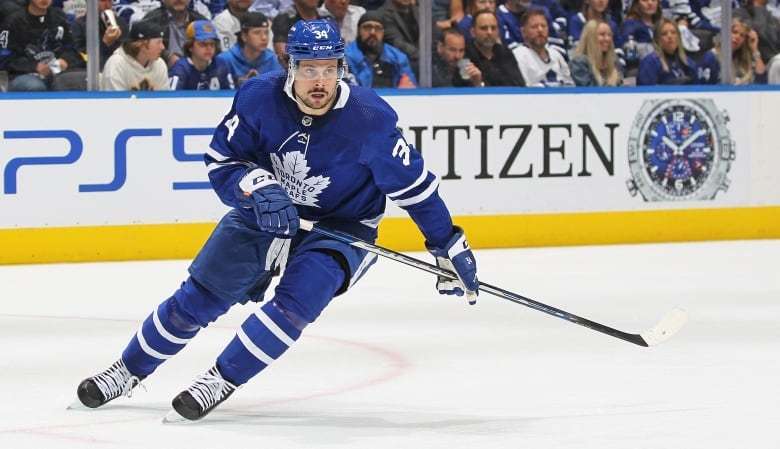 Today is the first day of the NHL’s regular season. Snuck up on you, eh?

But when the San Jose Sharks and Nashville Predators dropped the puck on the first of two games in Prague this afternoon, the 2022-23 campaign officially got underway. They’ll play again on Saturday. Tuesday features an all-American doubleheader before Canadian teams finally hit the ice on Wednesday with Leafs-Habs preceding Oilers-Canucks.

Edmonton Oilers: After finally getting over the playoff hump last season before being eliminated by the eventual Stanley Cup champion Avalanche in the West final, Connor McDavid, Leon Draisaitl and co. seem primed to take another leap. The Oilers brought back most of their core, including Evander Kane, who scored 13 goals in 15 playoff games on McDavid’s wing. The biggest change comes in net, where the erratic Mike Smith is out and former Maple Leaf Jack Campbell is in with a fresh five-year, $25 million US contract.

Calgary Flames: They lost two 100-point players in Johnny Gaudreau and Matthew Tkachuk, and yet they might have improved. After Gaudreau surprisingly fled to Columbus in free agency, Tkachuk, a restricted free agent, announced his intentions to also skip town. And so the Flames traded Tkachuk to Florida for another 100-point player in Jonathan Huberdeau and reliable defenceman MacKenzie Weegar, who signed an eight-year contract extension today. And with the extra cap space cleared by Gaudreau’s exit, Calgary signed Stanley Cup champion Nazem Kadri, who only managed 87 points a year ago. After everything, and with underrated centre Elias Lindholm and sturdy netminder Jacob Markstrom still in the fold, Calgary should contend for its second straight Pacific Division title.

Toronto Maple Leafs: Auston Matthews scored 60 goals last year to become the first Leaf to win MVP since 1955. The team racked up 115 points during the regular season, placing second behind the Presidents’ Trophy champion Panthers in the Atlantic. You know how the story ended: Toronto lost a winner-take-all game in the first round of the post-season for the fifth straight year. The latest loss, to a Lightning team that won the previous two Stanley Cups and lost in last year’s final, was supposedly “better.” At least it wasn’t blowing a 3-1 lead to the Habs. But it was a first-round loss nevertheless, setting up a pivotal season on which GM Kyle Dubas is betting his job on goaltending and a return to form for Matt Murray, who won two Stanley Cups with the Penguins but faltered over two seasons in Ottawa.

Ottawa Senators: The vibes in the country’s capital are off the charts following an off-season in which the Sens stole two-time 40-goal scorer Alex DeBrincat in a trade with Chicago and added top winger Claude Giroux on a three-year contract. Mix those two into a roster that already includes the likes of rising stars Tim Stützle, Brady Tkachuk and Thomas Chabot locked into long-term deals and there’s good reason for optimism in Ottawa.

Winnipeg Jets: A middling team whose coach Paul Maurice unexpectedly left in the middle of last year, the prevailing thought heading into the off-season was that the Jets would have to do something. Instead, they did almost nothing. They tried to lure Barry Trotz back to his hometown, only to get snubbed and settle for former Stars coach Rick Bowness. Bowness’ first big move was to strip Blake Wheeler of his captaincy. Backstopped by former Vezina winner Connor Hellebuyck, there could still be a playoff team in there somewhere. But the same core missed out entirely last season, and something feels off.

Vancouver Canucks: After a 40-win season that resulted in missing the playoffs, it was time for the Canucks to make their move out of the middle — in either direction. They instead chose to double down, bringing back Bruce Boudreau as head coach, locking down 29-year-old J.T. Miller on a seven-year contract and importing free-agent forward Ilya Mikheyev from the Leafs. Vancouver also held on to captain Bo Horvat, who can become a free agent after the season. The gamble is that a full season of Boudreau can bring out the best of what looks like a talented squad on paper. The fear is that they showed their true selves on the ice over 82 games a year ago.