SportsTop 6 sports records that were broken in 2022 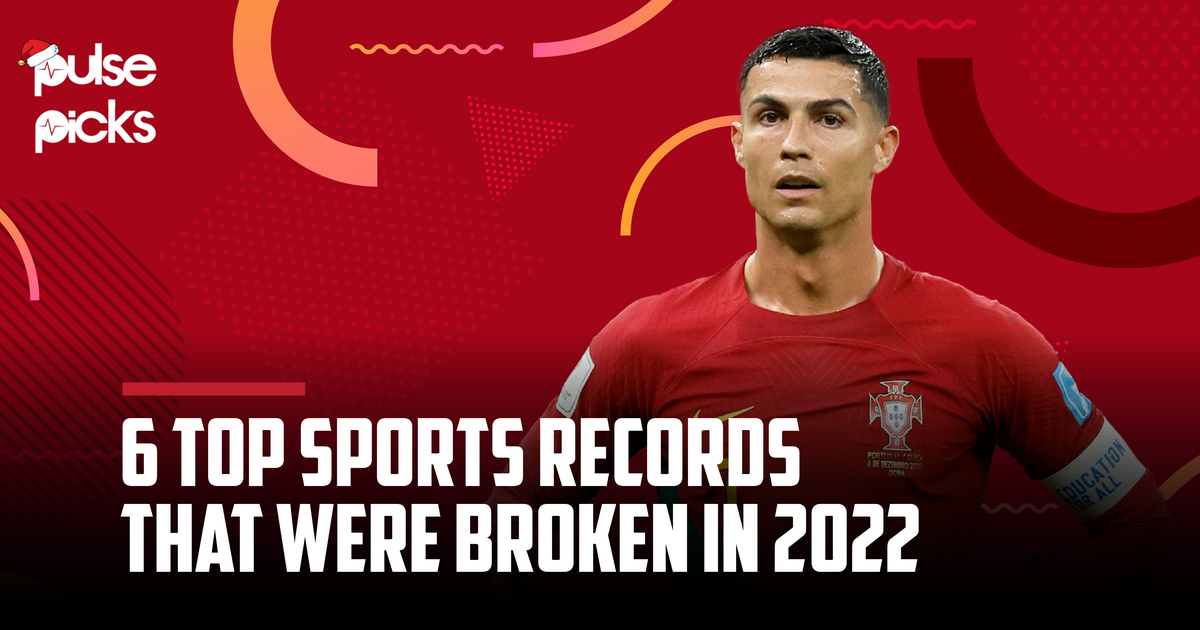 In football, athletics and other disciplines, there were several athletes who distinguished themselves by putting their names in the record books.

As we draw the curtains down on the year, here are the top six sports records that were broken in 2022:

Morocco made themselves and the whole of Africa proud by reaching the semi-finals of the Qatar 2022 World Cup.

The Atlas Lions topped a group that contained Belgium, Croatia and Canada, before seeing off Spain and Portugal in the round of 16 and quarter-finals, respectively.

Walid Regragui’s side didn’t concede a goal from any opposition player until the semi-finals when they lost 3-0 to France.

Despite losing, Morocco made history as the first African team to reach the last four of the World Cup, surpassing Ghana, Senegal and Cameroon, who had previously reached the quarter-finals.

The Black Stars captain surpassed Asamoah Gyan’s 109 caps during Ghana’s opening group game against Portugal and has since extended the record to 111 international appearances.

Ayew made his debut for the Black Stars in 2007 and has since been an integral member of the national team in the last decade.

She won gold in the women’s 100m hurdles and went ahead to win another gold a month later at the Commonwealth Games in Birmingham.

Cristiano Ronaldo is a man of many records and he once again got into the history books when he became the first male player to score in five World Cups.

The 37-year-old scored in Portugal’s 3-2 victory over Ghana in Qatar 2022 to put himself in exclusive company.

She took charge of the Group E encounter between Costa Rica and Germany and was assisted by Neuza Back from Brazil and Karen Diaz from Mexico.

It was the first time that a female referee had taken charge of the men’s football game at the World Cup and it could be the start of many.

She became the first woman in history to run 400m hurdles under sub-51 seconds, breaking her own previous record of 51.41 seconds with a new time of 50.68 seconds.