While Wheatley continues to get by without its commercial centre due to an explosion that occurred over the summer, one business is giving up some space so that businesses that were affected can continue to function.

“It’s giving the community a sense of normalcy in the midst of a very bad situation,” Heather Van Nieuwenburg said.

Van Niewenburg stopped by to grab an ice cream from a trailer in front of Taylor Fish Company, a temporary home for iScreams. The business is usually located in a section of Wheatley that has been fenced off since an explosion occurred in August.

“We were doing our thing and then next thing, you know, you’re asked to leave and then you find out you won’t be able to come back, it’s really hard,” said Helen Neufeld, owner of iScreams.

“Right now, there’s 40 buckets of ice cream just melted all over the place. Ice cream cakes just all over the floor, spewing out of the freezers,” Helen’s husband, Ben Neufeld said. 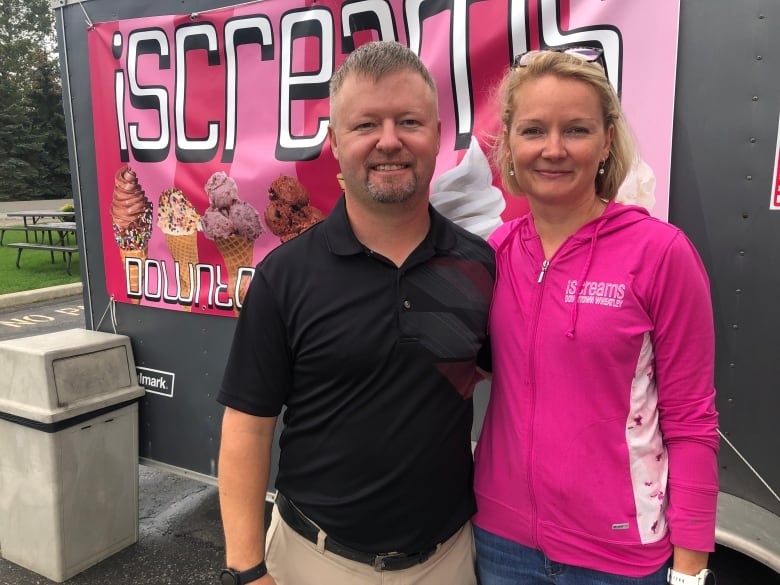 Helen and Ben Neufeld own iScreams ice cream shop, which is currently operating out of a trailer at Taylor Fish Company. (Jacob Barker/CBC)

Investigators continue to work at the explosion site to find the source of the gas leak suspected of causing the explosion. Gas was again detected at the site last week.

A few weeks back, the shop began operating in the parking lot of Taylor Fish Company. It’s owner, John Hyatt, even provided the trailer out of which iScreams is operating.

“In a small community, it’s really what people do,” Helen said. “We help each other out and words don’t even… like I tell him thank you but I feel like that’s not enough.”

The business is not only letting iScreams use their property to set up shop. Lil Hil’s coffee shop, another business from the core shut down by the explosion, is also set up next door to the chip truck.

“We thought why don’t we offer some of the businesses uptown, some of the restaurants specifically to come out and just use the property to set up their shops and hopefully just have somewhere for the community to meet and be able to eat,” said Jessica Worobetz, chip truck manager at Taylor Fish. 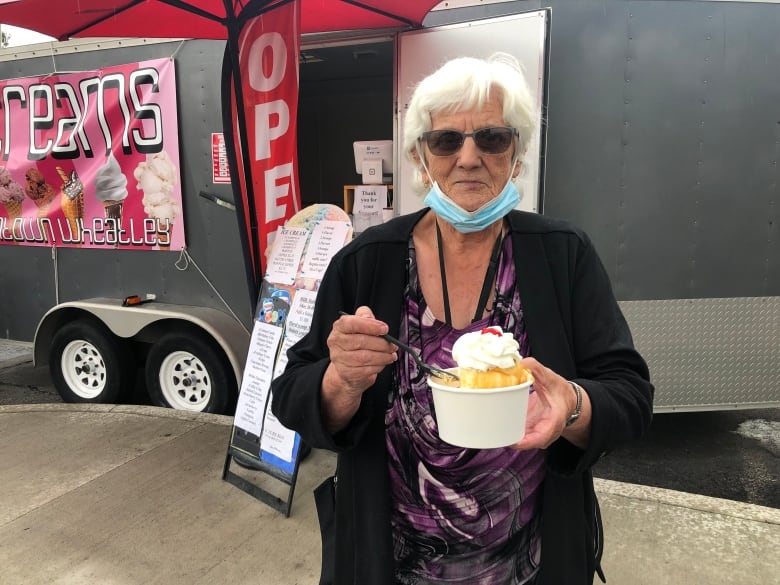 Heather Van Nieuwenburg grabbed a sundae after her fish and chips on Sunday. (Jacob Barker/CBC)

On the same lot, Taylor Fish operates a fish and chip truck with dining tables, which it also has been sharing with Lil Hil’s.

“When uptown kind of closed down, we thought… how can we help best,” said Worobetz.

She added that the new location has given the other businesses an opportunity to finish out their summer season “and make some income because that’s the income that they have to survive on.”

With the colder months in sight, the new makeshift town centre will stay up and running for as long as possible, Worobetz said. 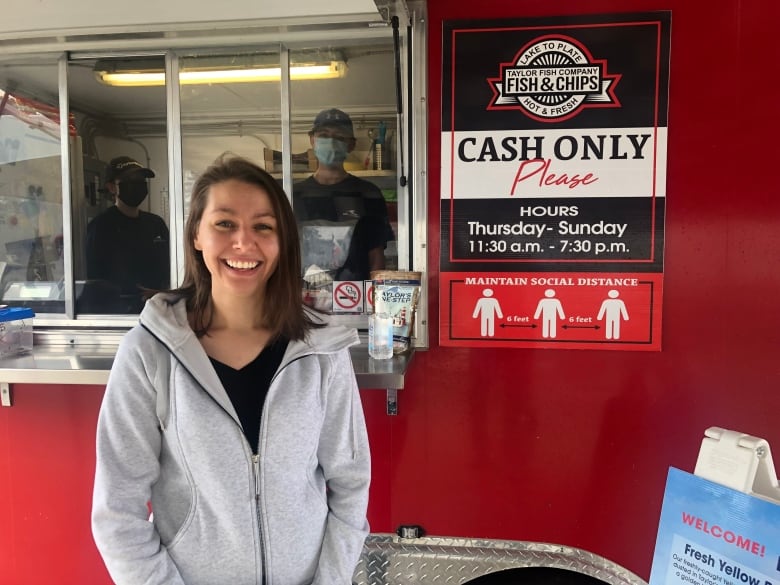 “We close Oct. 30 but hopefully they can stay as long as the weather is nice and holding up, it’s a nice spot,” she said.

“It’s been picking up a lot since people have been finding out about it.”