When will international air travel soar again after COVID-19? A return to a freer level of international air travel likely won’t be possible until there’s greater agreement among nations on the COVID-19 tests and vaccination documentation needed to travel abroad, experts say.

Yet nearly a year and a half after the COVID-19 pandemic was declared, it’s still not clear when such a consensus will be reached.

“Every country wants to do its own thing and they really have to get over that and get on the same page,” said Marion Joppe, a professor at the University of Guelph’s School of Hospitality, Food and Tourism Management.

The European Union developed a digital certificate for residents across the 27-country bloc, but it has restrictions in place for non-essential travel from many third countries due to COVID-19 concerns.

The varying border-crossing and travel restrictions imposed by nations around the world in the wake of COVID-19 have left airlines and passengers alike coping with the resulting uncertainty.

And while more people are flying abroad today than in the early days of the pandemic, passenger levels are still far below pre-pandemic levels.

The International Air Transport Association (IATA) has reported that the world saw a 60 per cent dip in the number of passengers who flew in 2020 as compared to 2019.

In July 2021, international travel demand was down nearly three-quarters from what it was in 2019 — though the IATA says the traffic is improving across the globe. 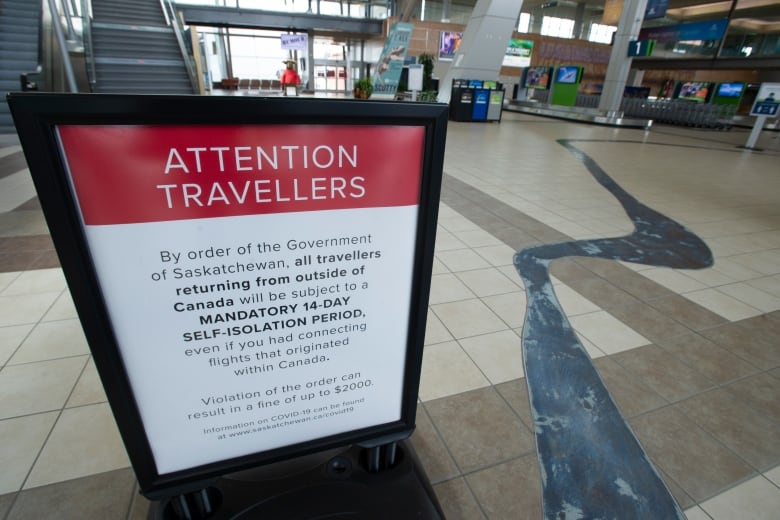 A sign on display at Regina International Airport in May of 2021 reminds people arriving from outside of the country about the rules that were in place at the time amid COVID-19 concerns. (Mark Taylor/The Canadian Press)

In Canada, there is hope among airlines their industry will see clearer skies ahead, though the uncertainty of the COVID-19 pandemic makes it tough to forecast exactly when.

At Air Canada, there is optimism now that new travel rules allow international visitors — at least those who are fully vaccinated — to enter the country for non-essential travel. The change took effect Sept. 7.

“We look forward to welcoming customers from around the world back on board,” Peter Fitzpatrick, a spokesperson for the airline, told CBC News via email. 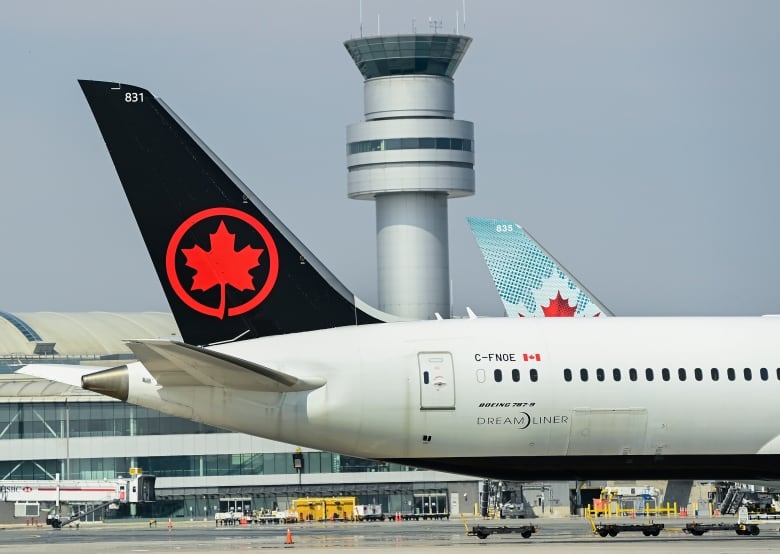 Peter Fitzpatrick, an Air Canada spokesperson, says the airline has seen steep revenue declines during the pandemic on the international side of its business. (Nathan Denette/The Canadian Press)

Fitzpatrick said the airline has seen steep revenue declines during the pandemic on the international side of its business — with its international passenger revenue less than one-tenth of what it was just two years ago as of the second quarter of 2021.

WestJet told CBC News that it’s “working diligently to predict the balance in demand and to support our guests’ needs” as vaccination rates rise and travel restrictions ease.

“To get to where we need to go, it’s going to take a continued focus on the safe restart of travel,” WestJet spokesperson Morgan Bell said in an email.

Montreal-based Air Transat is also hoping to put more people in planes after operating no commercial flights for six months earlier this year. 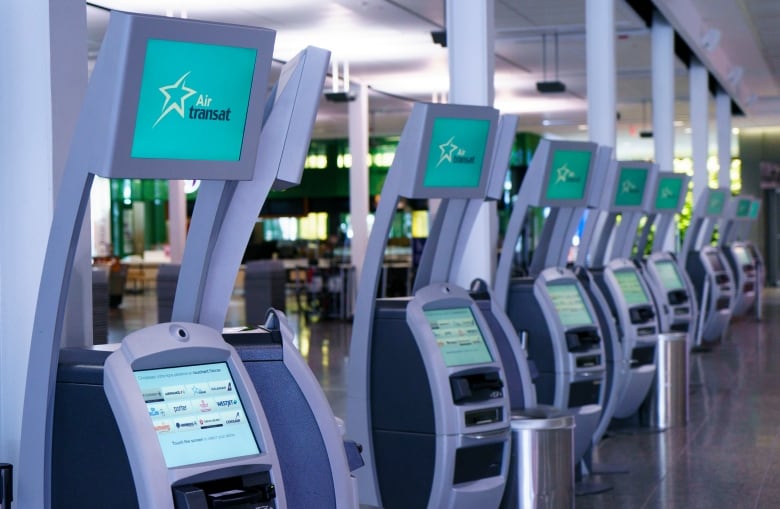 “We’re very pleased we were able to resume operations … and move into the restart phase where our activities can gradually expand,” Air Transat president and CEO Annick Guérard said in a statement accompanying the release of the company’s latest quarterly results.

“Particularly as we look forward to a winter season that promises to be much busier than the last one.”

The airline, however, does not expect its operations to return to pre-pandemic levels before 2023. 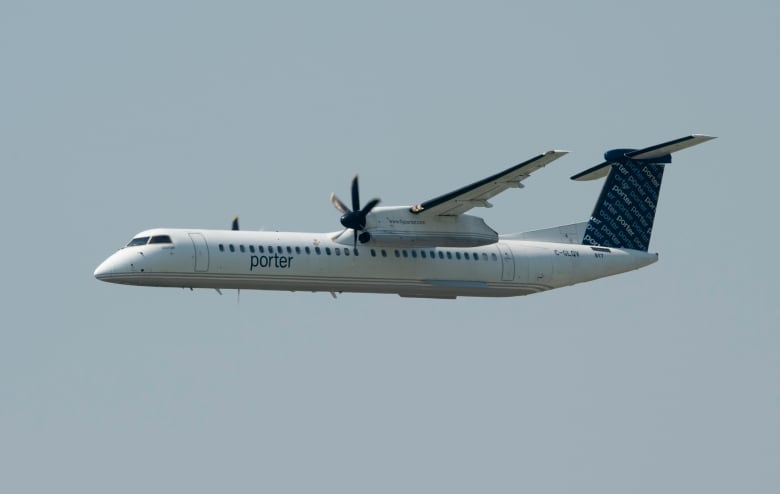 Toronto’s Porter Airlines is preparing to restart service to four U.S. cities later this month after a lengthy suspension of flights due to pandemic-related restrictions. The company expects its flights to reach 60 per cent of its 2019 capacity by early October. (Adrian Wyld/The Canadian Press)

The Toronto-based Porter Airlines is preparing to restart service to four U.S. cities later this month after an 18-month suspension of flights.

“We believe demand for these routes will gradually return as flights are reintroduced across our network,” Porter spokesperson Brad Cicero told CBC News via email.

“Flights are returning in phases, growing to approximately 60 per cent of 2019 capacity by Oct. 6.”

How to move forward

The use of vaccine passports is one possible tool to encourage international travel.

The federal government has said it “recognizes that proof of vaccination credentials will support the re-opening of societies and economies.”

Joseph Ali, associate director for global programs at the Johns Hopkins Berman Institute of Bioethics in Baltimore, believes support for such vaccine documentation is growing — though it may not be “strictly required” for all travellers in the immediate future. 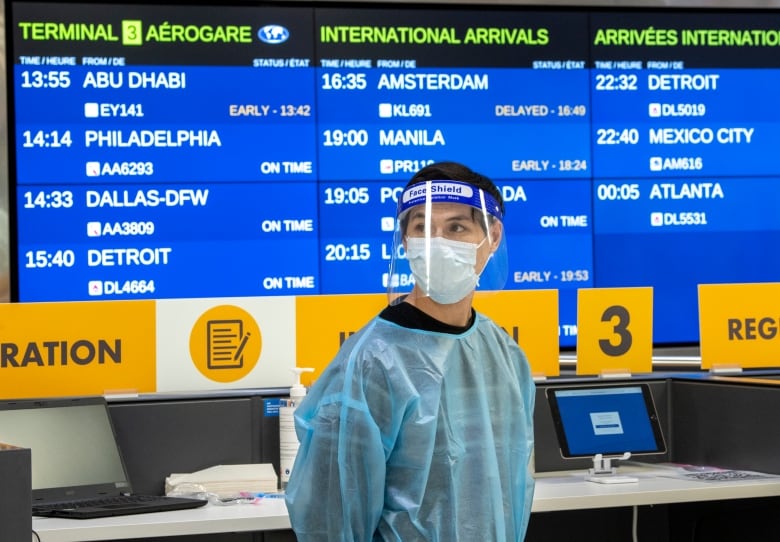 “Until there is sufficient supply and distribution of vaccines globally … it won’t be appropriate to require vaccination passports for all passengers,” Ali said in an email.

Such a system would also depend on nations recognizing the vaccines being used outside their borders, as well as on the evolving circumstances of the pandemic.

“Vaccine passport systems won’t definitively solve all COVID-related travel challenges, but they may help get us closer to doing things that are important to many,” said Ali.

Canada’s federal government, prior to the election call, made arguments for such a system of proof-of-vaccination documentation for international travel, with the government stating plans to deliver a version by early fall.

Each federal party has its own idea of how to safely reopen for international travel. 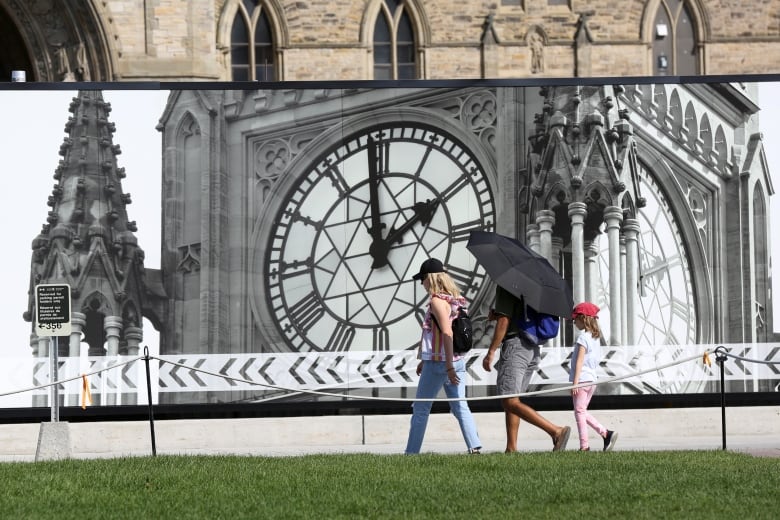 Canada’s federal government, prior to the election call, made arguments for such a system of proof-of-vaccination documentation for international travel. Each party has different plans for reopening the skies. (Lars Hagberg/Reuters)

The Conservatives, according to their platform, would require “rapid testing at all border entry points and airports” for all travellers, vaccinated and unvaccinated, without exception. The party says it also intends to help rebuild the country’s airline sector.

The Liberals, meanwhile, say travellers would have to get vaccinated if they wanted to get on a commercial flight.

The Greens did not immediately respond to a request for comment. 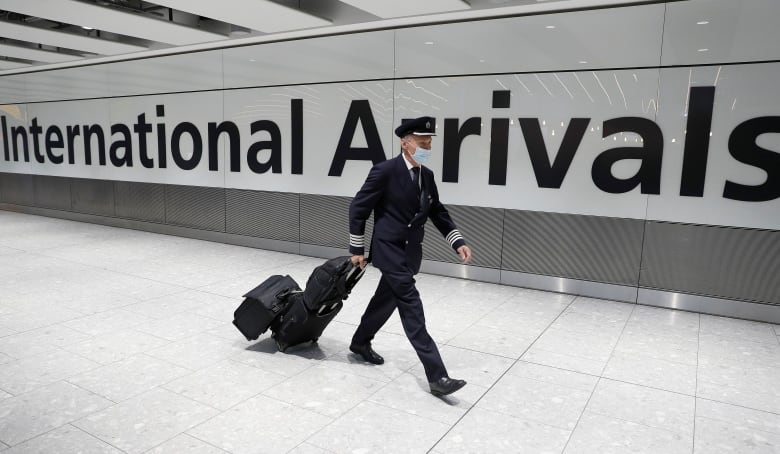 A British Airways captain walks through the International arrivals area of Terminal 5 at London’s Heathrow Airport last month. Co-ordination of passport systems among nations will be crucial to the plan’s success, some travel experts say. (Peter Nicholls/Reuters)

Arvind Magesan, a University of Calgary economics professor, said it’s imperative to develop co-ordination among nations on vaccine passports for obvious reasons — as there’s “no point in getting on a plane” if your vaccine isn’t recognized by the place you’re trying to fly to.

Some observers think the pandemic may spur permanent shifts in airline travel patterns.

The industry may see fewer work trips in future, according to Marc-David Seidel, an associate professor at the University of British Columbia’s Sauder School of Business. 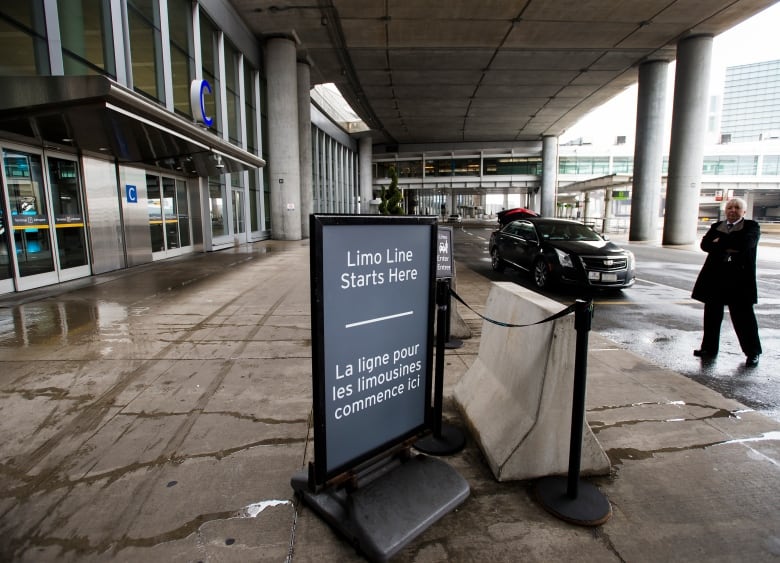 A airport airline limo driver waits for customers in a nearly empty Toronto Pearson International Airport during the COVID-19 pandemic in Toronto in April of last year. Some people believe business travel will not return to pre-pandemic levels. (Nathan Denette/The Canadian Press)

Seidel said people have become accustomed to using technology to conduct business in new ways and the advantages of not having to travel are clear to them.

“Do I really want to have to fly halfway around the world to have a four-hour meeting?” said Seidel, who sees the current moment as an opportunity to rethink what kinds of travel are truly necessary.

The University of Guelph’s Joppe, on the other hand, believes business travel will eventually recover.

“People want to travel and our whole lifestyle has become one of mobility,” said Joppe.