Why run when you can’t win? Long shot candidates explain why they went against the odds

PoliticsWhy run when you can't win? Long shot candidates explain why they went against the odds

Yvon Vadnais had never participated in party politics before the Conservative Party asked him to run in the 2015 federal election. But he agreed, even though he thought it was “a lost cause” — considering who he’d be running against.

“When somebody runs in a riding like Papineau against Justin Trudeau, I consider that we’re mostly lamppost candidates,” Vadnais told The Doc Project. “So basically that means that, you know, there are electoral signs up everywhere, but we don’t really make that big of a difference.”

Vadnais, a former journalist, said he stepped in to learn firsthand what it’s like to run a political campaign.

His curiosity wasn’t enough to put a dent in Trudeau’s popularity. Vadnais received 2,376 votes — about five per cent of the vote. Trudeau won with more than 10 times that, while his party defeated the Conservatives under Stephen Harper.

The Doc Project spoke to several former candidates from three of Canada’s major federal parties who all shared their experiences of running in races many would consider unwinnable.

The candidates who run in ridings typically considered strongholds for rival parties, or against candidates with higher public profiles, are known by many labels: paper candidates, long shot candidates or (to use a more lurid image) sacrificial lambs.

Even though it’s not a strict requirement to find and field candidates in all federal 338 ridings, it signals that a party and its leader have broad support across the country, said Melanee Thomas, a political scientist and associate professor at the University of Calgary. 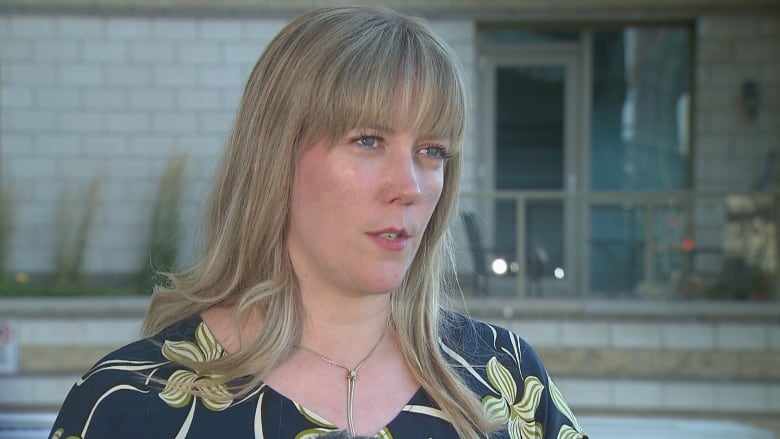 According to research by University of Calgary political science professor Melanee Thomas, women may be more likely to run as candidates in ridings where they have little chance of winning. (Dave Rae/CBC)

“It didn’t used to be this way,” she said. “But several decades ago, we kind of developed this expectation that if a party was going to be a credible contender for government or to be taken seriously, they had to field candidates in every single district.”

She also argued that parties running candidates only in the ridings they think they can win “do a disservice to how we think about our democracy.”

“Even in the least winnable seats for any given major party, at a minimum, you’re looking at … say, 1,000 people who would want to vote for that party,” he said. “And effectively, they’re disenfranchised if they can’t do that.”

At age 22, Warwick ran in the B.C. riding of Skeena-Bulkley Valley in 2011. At the time, the riding was a stronghold for the NDP, with Nathan Cullen as its incumbent.

He described the campaign as “novel and kind of strange.” He recalled the “surreal” experience of seeing his name and face on campaign signs while he tried to rearrange his schedule to avoid missing his final exams at the University of British Columbia.

“Most people were not voting for me, frankly, but almost everyone was supportive [and said] we appreciate your putting your name out there,” he said.

Vadnais said that from the start, he was essentially left to campaign on his own, with little support or funding from party central — far less than candidates running in tight races or key battleground ridings received.

“I had $4,000 for my election signs and I had a couple of my friends who put in some money to help me pay for some of the bills,” he said.

Matt Masters Burgener said he felt similar pressures when he ran for the NDP in 2015 in Calgary-Heritage against then-Conservative leader Stephen Harper.

“We didn’t have a campaign office. We worked out of a garage,” he said. 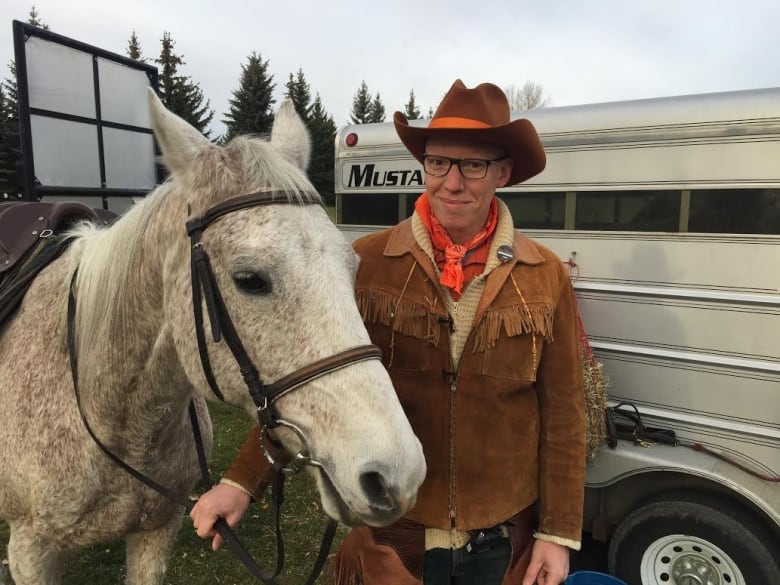 Calgary Heritage NDP candidate Matt Masters Burgener got on a horse in 2015 for a ride around the riding — part of his long-shot campaign to unseat then-prime minister Stephen Harper. (Evelyne Asselin/CBC)

He still managed to make a local splash thanks to his attention-getting tactics — such as his “riding in the riding” event, which saw him tour the district in cowboy gear on horseback while Harper was campaigning around the country.

“You know, ‘Man in cowboy hat runs against prime minister’ is a news story,” he said. “Once we had the attention of the media, then we could talk about our issues.”

Thomas said it might make sense for a party to avoid committing a lot of resources to losing battles — but even losing campaigns can still make meaningful inroads.

Winning 10 per cent of the vote in a riding refunds the cost of the campaign to the party’s electoral district association and builds up the candidate’s local profile for future elections, she said.

Running against a well-known candidate or party leader isn’t the only reason one might be considered a long shot.

These perceptions can be shaped by how — and more importantly, where — parties nominate their candidates, according to a 2013 paper co-authored by Thomas.

That paper concluded that the Liberals, Conservatives and NDP often nominated white male candidates in “winnable” ridings, while women or racialized candidates often were left with more difficult contests.

By “disproportionately” nominating women in ridings their parties won’t win, she said, the parties are “setting women up to fail — 100 per cent.” She added that women of colour experience a “double whammy” effect from this behaviour.

Beatrice Ghettuba ran for the Liberals in 2015 in the Conservative stronghold of St. Albert-Edmonton. An immigrant from Kenya, she said she knew it could be tough to convince voters, even though she said she felt supported by the party.

She recalled one local newspaper columnist describing her as someone with “a good head on [her] shoulders” who “doesn’t have a chance.”

Ghettuba said she ran because she felt a need to speak about issues important to marginalized communities that seldom get the political spotlight.

“Immigrants are encouraged to learn the Canadian way, and it’s good … because Canada is great. But the dominant community never gets a chance to learn from us, so we never have an opportunity to impart what we are to them,” she said.

Ghettuba ended with a respectable second-place finish, winning 23 per cent of the vote to the Conservative candidate’s 45 per cent. 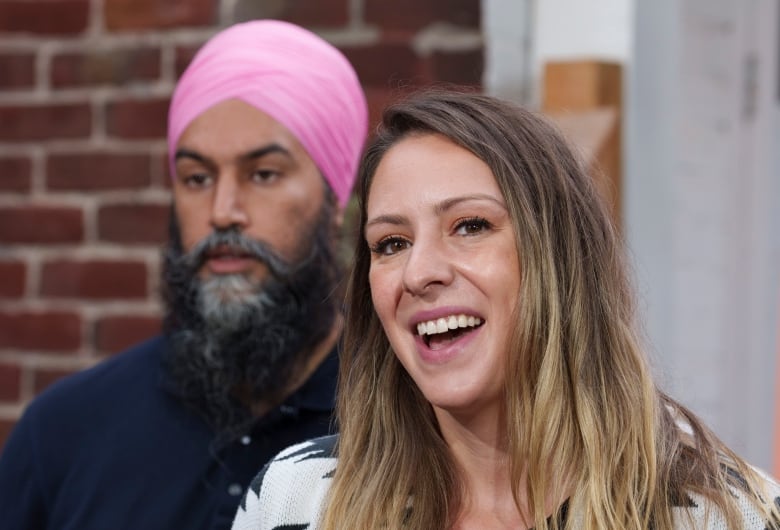 What if they win?

Even a long shot candidate can defy expectations, of course.

Ruth Ellen Brosseau had never even been to the riding of Berthier—Maskinongé before she became its MP. She went on to spend the next eight years as its representative before losing to the Bloc Quebecois in 2019. She’s running to win back the seat this election.

Bernard Trottier said that when he was considering a run in 2011, everyone he knew thought it was a long shot — even his wife. 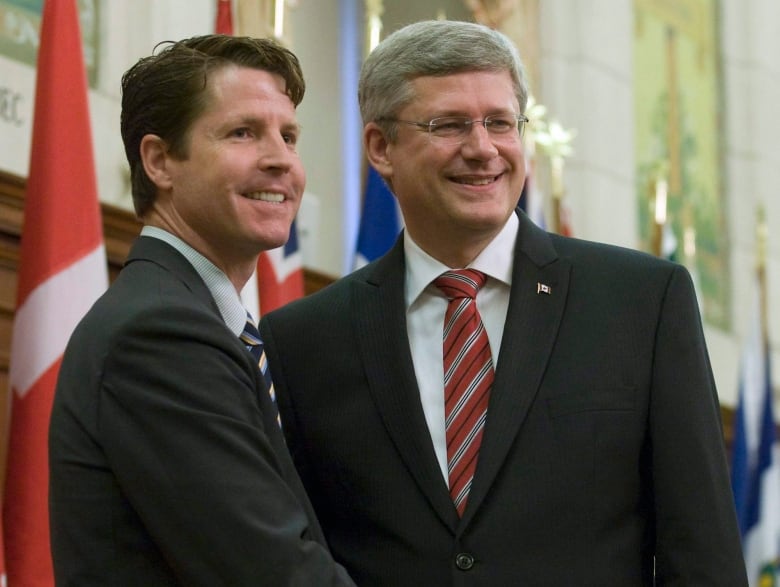 His riding was Etobicoke-Lakeshore in the Greater Toronto Area. His main opponent was then-Liberal leader Michael Ignatieff.

Ignatieff’s popularity was waning at the time but it’s still rare for party leaders to fall in their own ridings. And Trottierwas an unknown — the president of the local riding association who was unable to convince anyone else to run.

Still, local internal polling suggested it was an “eminently winnable” race, he said, with only a couple thousand votes needed to turn the red riding to blue. And win he did, with 21,997 votes to Ignatieff’s 19,128.

“I’d be lying if I said there wasn’t a surprise,” said Trottier.

Written by Jonathan Ore. Documentary The Long Shot was produced by Joan Webber.