On Sunday, an 18-year-old from Whitehorse will do something no other soccer player from the Yukon has done before: Suit up and play a professional game in Canada.

Last month, Joe Hanson signed a pro contract with the Vancouver Whitecaps FC2 reserve team — the squad that is part of the newly formed 21-team MLS “next pro” league.

After opening their inaugural season with two games in the United States, the team plays its first home game on Sunday.

“I’m excited, it’s nice to be back home in Canada,” he said.

Yukon soccer player Joe Hanson is part of this special day as the Whitecaps return to Swangard Stadium for their first home game. This marks the first time a Whitehorse born play will play professionally in Canada.https://t.co/FwFJ1HFMcf#whitecaps #whitehorse #yukon #soccerpro

The elements of the North aren’t exactly conducive to someone making it to the bigs.

Yukon fields are often blanketed with snow for six months of the year.

When the snow eventually does melt the outdoor season is short, usually just six weeks long.

Yukon’s population is also less than 45,000, meaning the pool of talent is much smaller, therefore regular high-level competition isn’t there.

Despite these obstacles, Hanson has remained steadfast in his desire to take his game to the pro level.

“It was a lot of hard work and a lot of sacrifice, that basically sums it up,” he said. “We’re isolated in the North, there’s not enough people to have multiple clubs, so there’s not a lot of steady competition, it just means you have to have a lot of self-discipline and push yourself.”

Helping with that push and supporting that pro soccer dream from the start has been Hanson’s dad Jake Hanson.

“It’s going to be special to see him play,” said Jake. “He’s been talking about this day his whole life, we’re definitely looking forward to it.” 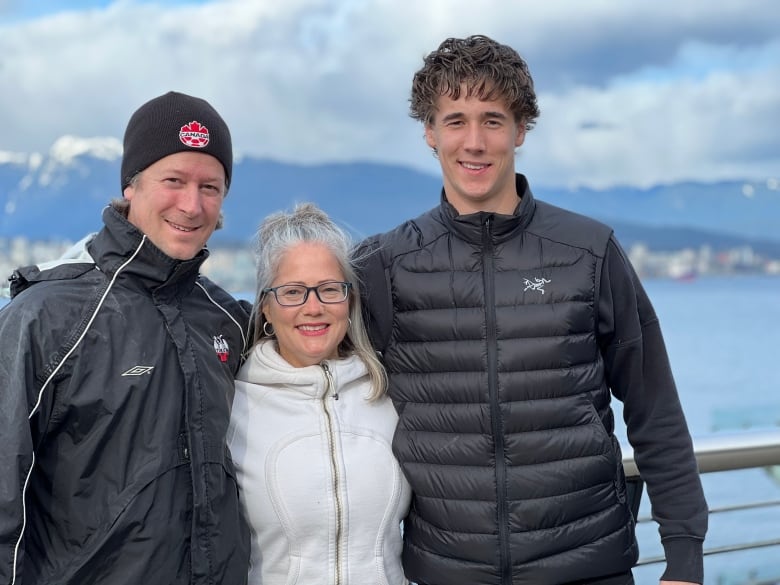 Jake is American and also a superb soccer talent in his own right — as a teenager he was even scouted for the U.S. National team.

Then he fell in love with a girl from the Yukon and at 19 decided to move north.

When he saw his son’s passion for the game from an early age he decided to form a soccer academy in Whitehorse so that Joe could have a little more specialized training and competition.

“He’s been everything to me,” said Joe. “He’s been by my side the whole time, training me since I was a baby and has taught me so much as a coach and as a dad.”

Even with all that love, support and dedication, on paper the odds of a Yukon kid making it to the pro ranks is still a long shot.

For Joe though, this achievement is just one of many he hopes to make as a player from the territory.

“I want to play for the national team obviously because they are doing amazing things right now,” said Joe. “I want to continue to develop as a player and reach the highest level of professional soccer I can and hopefully take my game to Europe.” 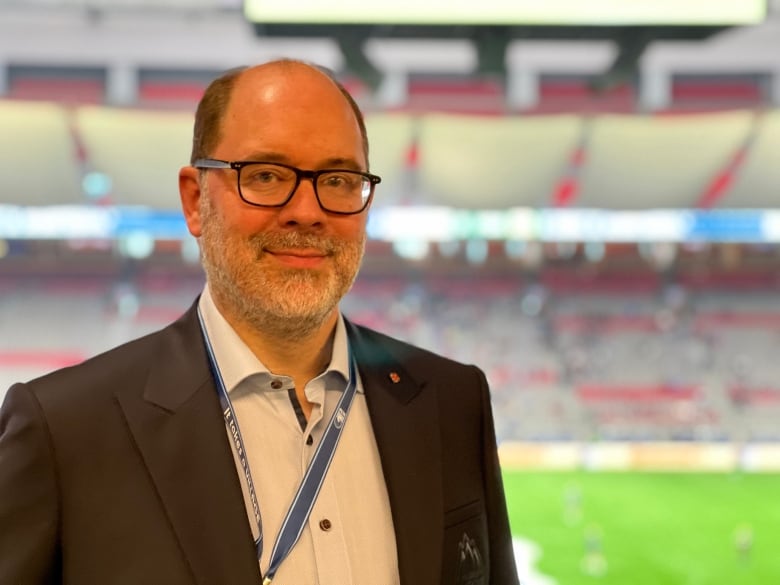 Axel Schuster is the CEO of the Vancouver Whitecaps. He said Joe Hanson has all the tools to find success at the professional level. (George Maratos/ CBC)

‘Why not a kid from the Yukon’

Axel Schuster is the CEO of the Vancouver Whitecaps.

“Talent is everywhere,” said Schuster. “Why not a kid from the Yukon.”

He thinks Joe has all the tools to find success at the professional level.

“He fits so much our DNA because we want to be a team that nobody likes to play, a team where players put in the hard work and he is a hard worker which [is] what you would imagine if somebody is coming from the Yukon,” Schuster said.

Kick off for Sunday’s game between the Whitecaps FC2 and the Portland Timbers 2 is 2 p.m. PT at Swangard Stadium in Burnaby, B.C.